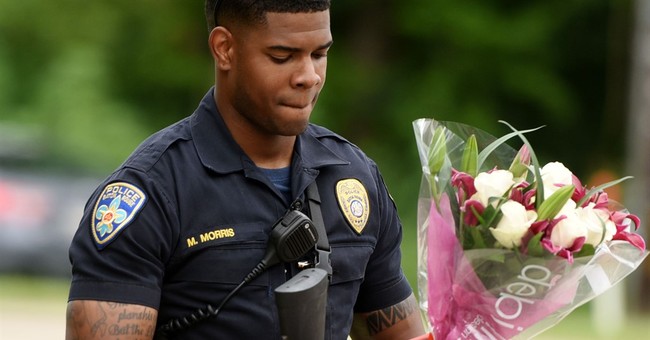 Jackson was a married father and a 10-year veteran. This is a picture of him with his son, born just four months ago.

A recent post from Officer Montrell Jackson, who was shot & killed today in #BatonRouge... I'm in tears man. Jesus. pic.twitter.com/PqE1ADyZEB

Gerald was a husband and father of two. He was a former Marine who had only been on the Baton Rouge police force for a year.

Garafola was a married father of four and a sheriff's deputy who had served in the East Baton Rouge Parish Sheriff's Office for 24 years.

You can learn more about the fallen policemen here.