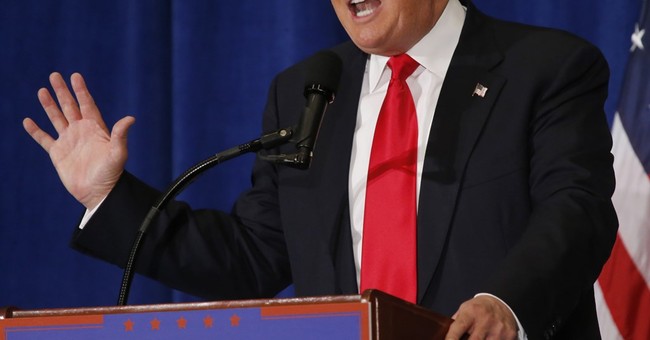 The GOP's Convention Platform Committee has just recognized
their nominee's most controversial proposal: build a wall on the U.S.-Mexico border. When Donald Trump made the suggestion about a wall in his presidential announcement last summer, he was jeered relentlessly by progressives, the media, celebrities, and even some of his fellow Republicans. The American electorate, however, ultimately chose Trump as the guy to represent the GOP, suggesting they liked what he had to say about securing our border.

The RNC knows this and now has seemingly fully embraced the GOP candidate in its newest platform draft. In addition to language calling for construction of the border wall, the proposed platform also echoes Trump's rhetoric of opposing free trade agreements and, in terms of foreign policy, warns against "nation building" in regions like Iraq and Libya.

More and more media outlets are also picking up on the fact that the platform has maintained the GOP's former stance against gay marriage, despite the Obergefell v. Hodges ruling.

The committee's draft must be approved by all the convention delegates at next week's RNC convention.