Judiciary Committee: Why Has Hillary Not Been Treated As Every Other American? 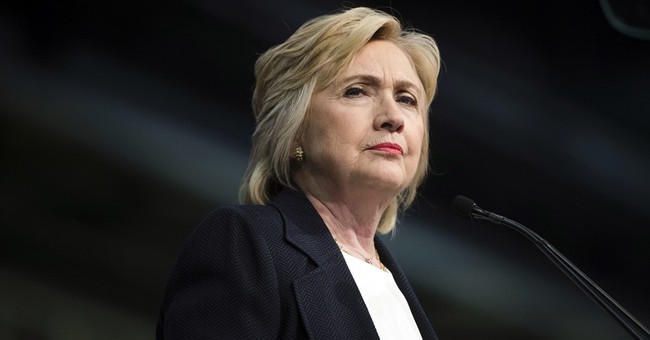 It became clear early on in the House Judiciary Committee’s hearing on Tuesday that no substance was going to come from Attorney General Loretta Lynch’s scripted, well rehearsed answers.

The discussion kept switching back and forth between the tragedy in Dallas that left five police officers dead and the state of race relations in America, and the FBI investigation into Hillary Clinton’s emails. The Democrats on the panel wanted to talk about the former, while the Republicans kept pressing Lynch about the latter.

“The buck stops with you,” Rep. Jim Sensenbrenner (R-WI) said to the attorney general in regards to the FBI email probe.

It doesn’t matter if Clinton’s sending classified information on an unsecure private server was intentional or not, Sensenbrenner said. “The fact is the FBI said she did it.”

Why did she defer to FBI Director James Comey with a responsibility such as hers, he wondered.

“My decision was to accept recommendation of the team,” Lynch responded. They "followed the facts," came up with a unanimous recommendation and she accepted it.

In his announcement last week, Comey told reporters that Clinton engaged in reckless behavior in regards to her email server. Yet, the FBI would not be pursuing an indictment because they did not find evidence to suggest her jeopardizing national security was done out of gross negligence.

Sensenbrenner said this decision has created a burden for Lynch. The Justice Department, the congressman noted, has prosecuted several servicemen for doing the same thing Clinton did. For instance, in 2012 Marine Reserves Maj. Jason Brezler sent a classified email to his colleagues in order to warn them about a potential threat and is now facing the serious threat of being discharged.

“You have a problem that people think there’s a different standard,” Sensenbrenner said. “How do you plan to change the argument?”

“Every case stands on its own separate facts,” Lynch said, again repeating that all of the relevant facts in Clinton’s case were considered and reviewed by the entire investigative team.

Rep. Steve Chabot (R-OH), however, also believes Lynch has to “jump through hoops” to regain her credibility. Chabot, who is an experienced attorney, had a role in the impeachment trial of former president Bill Clinton in the 1990s.

Bill Clinton lied and committed perjury, Chabot said. In his argument, he also noted there were hundreds of people in jail for perjury and that the president of the United States shouldn’t be above the law, concluding that every American should be treated equally.

“It’s a travesty,” he said. “I don’t think Hillary has been treated as a typical American.”

To quote Katie, “Damn It Feels Good to Be a Clinton.”