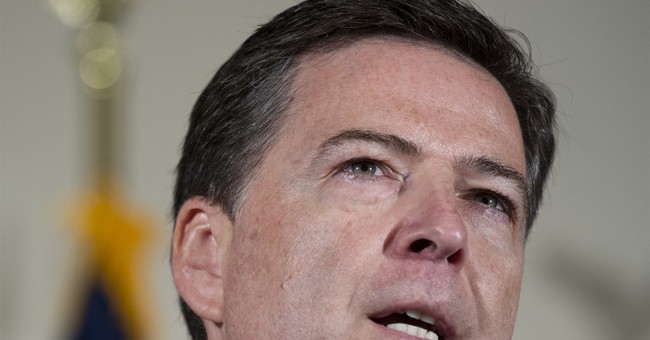 Chairman Jason Chaffetz (R-Utah) opened Thursday’s House Oversight Committee hearing on the FBI’s decision not to prosecute Hillary Clinton by noting he has "great admiration" for the FBI. Yet, he and his colleagues are “mystified” by FBI Director James Comey’s laying out the damning fact pattern about Clinton’s use of a private email server, yet opting not to pursue criminal charges.

“The average Joe, if they had done what you laid out in your statement, they’d be in handcuffs,” Chaffetz said. "You've set a dangerous precedent."

It seems an awful lot like a double standard, the chairman noted.

Hillary Clinton laid out this mess, made a very conscious decision to set up a system to bypass the protocol of the State Department, Chaffetz continued. Her actions put American lives at jeopardy, yet there doesn’t seem to be any consequence waiting for her.

“I have defended your integrity, but I am mystified and confused,” Chaffetz said to Comey.

Comey began his opening statement by saying he was “proud” of the work the FBI did in its investigation and welcomed the panel’s questions. “I’m a big fan of transparency.”

There was no evidence to suggest Clinton was guilty of gross negligence, he explained.

“That’s just the way it is,” he said. "No reasonable prosecutor" would pursue criminal charges.

Prompted by Rep. Elijah Cummings’ (D-MD) line of questioning, Comey contrasted Clinton’s case with that of David Petraeus’s, who Comey said acted deliberately in his abuse of classified information. Unlike Clinton, Comey said Petraeus's act was a clear obstruction of justice that justified prosecution.

Chaffetz also asked Comey about Clinton’s private server in her basement in her New York home. Was it an unauthorized or an authorized location? he wondered.

It was an “unauthorized location for the transmitting of classified information,” Comey answered.

Would someone with Clinton’s record ever be given a security clearance from the FBI? Chaffetz later asked. Comey refused to directly answer, but noted it was certainly be a serious consideration.

“It would be an important consideration in a suitability determination.”

Comey also acknowledged that if someone in the FBI had done what Clinton did with her emails, they would face a range of discipline, such as termination or loss of clearance.

Panelist Rep. Trey Gowdy (S-SC) agreed with Chaffetz's assessment that the FBI had set a dangerous precedent in its investigation, fearing that the FBI's decision will do nothing to prevent future secretaries of state from using the same email scheme.

Update: Chaffetz let Comey know that he will be sending the FBI a congressional referral to investigate whether Clinton lied under oath.

Click below for a live feed of the hearing.

And This Has to Be the Dumbest Theory to Explain Alec Baldwin's Deadly Prop Gun Accident
Townhall
CNN reporter notes that Gandhi and Cesar Chavez never had to deal with what these young 'climate activists' on hunger strike are facing
Twitchy
More Big Nightmares for Terry McAuliffe Are Detailed in CBS News Report
Redstate
The Morning Briefing: This Biden Agenda Stuff Doesn't Seem Very Popular
PJ Media