Kasich: ‘Absolutely’ I Can Walk Into the Convention and Not Endorse Trump 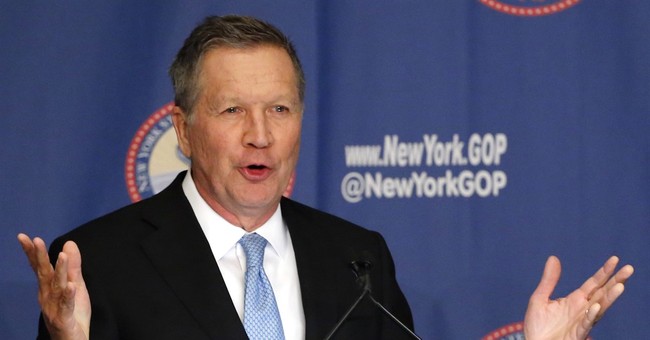 Donald Trump has 40 days to convince his former rival Ohio Gov. John Kasich that he is the right guy to lead the country. If not, the governor said he has no problem walking into the RNC convention and refuse to give Trump his endorsement. As the convention’s host governor, knowing how important Ohio is in the general election, can he really afford to do that?

“Absolutely,” Kasich said in an exclusive interview with Fox News’ Bill Hemmer which aired on Thursday.

At least he's going to the convention. Several notable Republicans, including former presidents and presidential nominees, have announced they are skipping it completely because of their distaste for this year's presumptive choice.

“We’re like two companies,” Kasich explained. “We have a different vision, a different value system, and a different objective, so it’s pretty hard to put that together.”

Kasich added that Trump’s name-calling and divisiveness doesn’t sit well with him.

“We don’t need that in this country.”

Kasich may never accept a VP position, but he did admit there is a “chance” Trump could gain his vote.