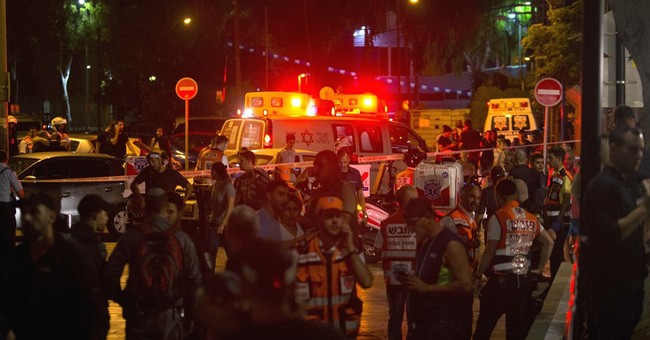 The suspects have been identified as two Palestinians from the West Bank. As a result, Israel is taking some serious security measures.

Israel later announced a permit ban that will impact Palestinians in the West Bank and in the Hamas-controlled Gaza Strip who had planned to visit relatives in Israel, attend Ramadan prayers in Jerusalem or travel abroad via Tel Aviv's airport.

The suspension did not apply to Palestinians with work authorisations.

Some may consider this an extreme response, but Israel feels as if it has no choice, as Palestinian terror attacks have been an unfortunately common occurrence. In the past couple of years, terrorists have bombed buses in Jerusalem, gone on stabbing sprees, and ran over innocent civilians in their hate crusade against Israel. An American Army veteran was a victim of the stabbing siege in the Jaffa Port in March.

Israel is also beefing up its military presence in the West Bank after Wednesday’s assault, sending hundreds of troops to the area, as well as increasing security in Tel Aviv.

No terror group has yet claimed responsibility for the midweek carnage, but Hamas praised it as a “heroic attack.”