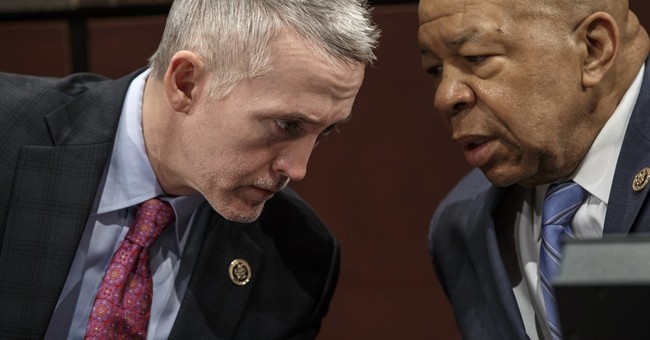 House Benghazi Select Committee Chairman Trey Gowdy (R-SC) just about laughed out loud when he read that the committee’s Democrats wanted to have a say in the panel's final report on their 2-year investigation. This, after representatives like Elijah Cummings (D-MD) have criticized the committee for months as a political scam intended to jeopardize former Secretary of State Hillary Clinton's White House chances. Now he suddenly wants to contribute to their last efforts?

With this context, Gowdy responded with a letter of his own.

“Your May 31st letter was mildly amusing but not altogether surprising,” Gowdy starts.

The chairman's letter takes an even more sarcastic turn when he starts to “refresh” the Democrats on how “helpful” they’ve been throughout the investigation.

“[Y]ou have spent far more time writing letters, selectively leaking material, and spreading mischaracterizations than you have actually participating in this investigation,” he writes.

If Cummings and his fellow liberal lawmakers were so critical of their own committee, why would they expect any kind of input in the panel's final and most important report?

This letter makes it clear that Gowdy regrets having Cummings sit on the Benghazi panel. While the committee does its job and asks witnesses, including Clinton, questions that need to be asked about September 11, 2012, Cummings has done nothing but complain.

Every time the panel holds a hearing, it is evident that Cummings would rather be anywhere else. Now that the committee is coming to a conclusion, he'll get his wish.