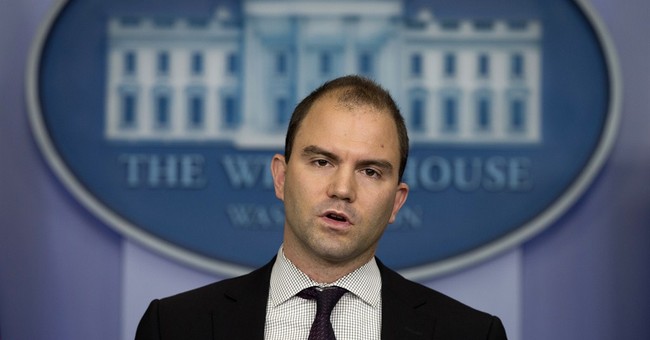 Earlier this month we found out how the Obama White House knowingly misled the American public to gain support for the nuclear Iran deal. Indeed, the Iranians were not as moderate as Deputy National Security Advisor Ben Rhodes suggested.

That's not all. Now, reports have surfaced indicating that some Iran Deal surrogates were funding the media to provide coverage for the nuclear agreement. The Ploughshares Fund, for instance, shelled out $100,000 to NPR.

Ploughshares spokeswoman Jennifer Abrahamson argued it is not unusual for foundations to fund media for "underreported stories."

The more we hear about the shady behind-the-scenes dealings of the White House's nuclear agreement with Iran, the more outraged we should become. Even before these media funding reports came out, Americans were wary of the deal. In August, a Quinnipiac poll found that the public opposed it by almost 30 points. The White House even had a hard time finding support for the agreement in the liberal hotbed of New York City.

Middle East experts issued several warnings against the ill-fated nuclear negotiations. A political analyst I met in Israel in March said the deal exposed an incompetence within the administration and has injured America's image as a superpower.

Well, now we know we also have the media to thank for helping push through a disastrous and dangerous deal.

DHS Moves to Punish Border Patrol Agents Stopping Illegal Haitians
Townhall
'What???!!! No!!! Really?' Looks like there may have been something to that Hunter Biden laptop story after all
Twitchy
Bombshell Project Veritas Video Shows Medical Expert Saying the Vaccine Is "Full of S**t"
Redstate
The Laughable Excuse for Why Biden's Activities Will Be Limited at the UN General Assembly
PJ Media