WSJ: Hillary Has Some 'Explaining to Do' in Coal Country 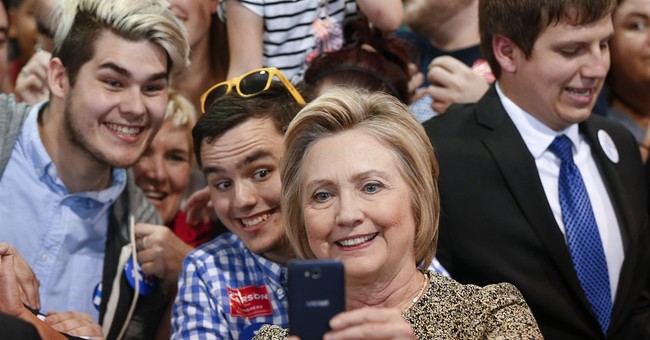 Remember when Hillary Clinton proudly claimed she would put coal miners and coal companies "out of business?" She may have hoped those comments would not be a factor in the West Virginia and Kentucky primaries, but now that the primary schedule has brought her to coal country, it's all too clear that voters have not forgotten her controversial pledge.

Soon after Clinton made the remarks at a CNN town hall in March, she walked them back, knowing they may come back to bite her in the Appalachia. In a letter to Sen. Joe Manchin (D-WV), she admitted she made a mistake and insisted she had coal miners' backs.

That apparently did little to convince West Virginians. Recently, officials told Manchin the Clintons were "not welcome" in their town and Bill Clinton, who did manage to enter the state, received an icy reception from protesters who interrupted his speech over the weekend.

As the Wall Street Journal notes, she has some explaining to do.

Will Hillary's coal comments jeopardize her chances in West Virginia and Kentucky? Will it matter?

Update: Hillary was also confronted at a campaign stop on Monday by a laid off coal industry worker who asked her how she could dare ask for their friendship. In her response, Clinton insisted her remarks were "taken out of context."

The Republican National Committee released the following statement from spokesman Michael Short, who says that Clinton cannot have it both ways on an issue important to Appalachia voters.

“If Hillary Clinton really stood with coal country she’d be calling on the Obama EPA to stop taking a wrecking ball to their way of life," Short said. "Given her steadfast support for Obama’s War on Coal, her promise to ‘put a lot of coal miners and coal companies out of business’ may have been one of the few honest moments she’s had this entire campaign.”