Conservative Lawmakers Tell Obama What They Think of His Climate Deal 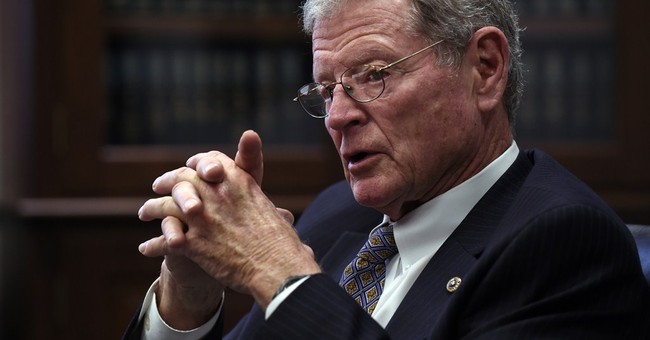 One hundred seventy-five world leaders, including U.S. Secretary of State John Kerry, signed the Paris Climate Agreement at the U.N. Headquarters on Friday, or, Earth Day. The agreement seeks to usher in environmental regulations in an effort to limit the amount of greenhouse gases and carbon dioxide – all with the goal of stopping the rise of global warming.

Obama patted himself on the back after the signing, claiming the climate deal was a fulfillment of promises he made before becoming president.

Yet, Republicans on Capitol Hill are already planning how they’re going to halt the administration’s politically “green” agenda, which they argue has the potential to destroy job growth.

"When the hype over the signing fades, the reality will set in that the policies President Obama is promising will not last," Inhofe says. "President Obama is simply using this so-called 'historic' success to cement his legacy with environmental activists shortly before his term is up."

“This Paris Climate Agreement is the latest in the Obama administration’s string of attacks on the livelihoods of American families, increasing costs by trillions and causing everyday household bills to skyrocket,” Sen. Cruz said. “Public policy should follow science, evidence, and data, but instead we have a White House full of global warming alarmists imposing partisan dogma that hurts working men and women. We have liberal politicians who want government power over the economy, the energy sector, and every aspect of our lives. Rather than turning attention and resources to real national security threats, such as radical Islamic terrorists who want to kill us, the Obama Administration is instead focused on the SUV parked in your driveway.”

These lawmakers aren't just criticizing the deal’s contents – they are issuing concrete threats to withdraw from the agreement should a Republican be elected this November. The Senate Environment and Public Works Committee urged other nations to do the same in a new report.