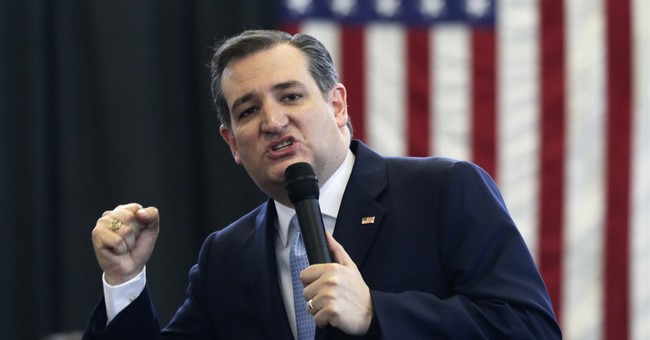 A new issue has taken center stage in the 2016 election. The transgender bathroom law in North Carolina, which allows businesses to prohibit men who identify as women to use public women’s restrooms, and vice versa, is causing controversy on the presidential campaign trail, underscoring the different views and demeanors of the Republican candidates.

Donald Trump: Trump may have taken a civil tone at his victory rally Tuesday, referring to Ted Cruz as “Sen. Ted Cruz,” but he was soon back to his old rhetoric on the campaign trail Wednesday, repeatedly using the nicknames “Lyin’ Ted” and “Crooked Hillary.” Trump did say, however, in an interview on NBC’s “Today” Thursday morning, that if he’s elected he will be so presidential that Americans will be “bored.” The “Today” hosts also wanted Trump to weigh in on the new controversial bathroom law in North Carolina. When Matt Lauer asked the candidate which bathroom Caitlyn Jenner would be allowed to use in Trump Tower, Trump said people should use whatever bathroom in which they feel comfortable. He came out strongly against the North Carolina rule, specifically citing the economic issues it’s caused within the state. Coming from a Republican presidential candidate, his answer surprised many in the media.

Ted Cruz: Cruz is campaigning in Maryland and Pennsylvania this week after a disappointing third place finish in New York Tuesday night. He is not happy with the media claiming he has “no mathematical way” of securing the nomination. Based on his new campaign ad, which features doppelgangers of Hillary Clinton and Huma Abedin rooting for the chance to run against Donald Trump, Cruz has his mind on the general election. In a tone starkly different from Trump, Cruz denounced the new transgender bathroom law and matter-of-factly stated that a grown man should not be in a bathroom with young girls. In an email to supporters, he denounced Trump for “bowing down” to the politically correct, “irresponsible” policy.

John Kasich: Kasich had a contentious interview with The Washington Post this week where he claimed the Republican Party “doesn’t like ideas,” comments that probably won’t help his chances at a potential contested convention in July. In other news, Kasich was the only presidential candidate not to make TIME Magazine’s 100 most influential leaders list.

Hillary Clinton: Clinton participated in a town hall on “Good Morning America” Thursday, facing questions about her trust issues with the public and the controversial crime bill her husband signed in the 1990s that led to increased incarceration rates of African-Americans. Clearly, voters are concerned about her lack of honesty and flip flopping on issues. She is still looking toward the general, however, with new reports that her campaign is considering women on the shortlist of potential running mates. The former secretary of state, who has struggled to catch on with Millennial voters, is also confident that Bernie Sanders’ fans will unite behind her should she become the Democratic nominee.

Bernie Sanders: The Vermont senator is heavily campaigning in Pennsylvania Thursday. He is far behind in the super delegate tally, but a Sanders aide insisted that the candidate has a “path to victory” against Clinton, arguing he’ll catch her in upcoming contests.