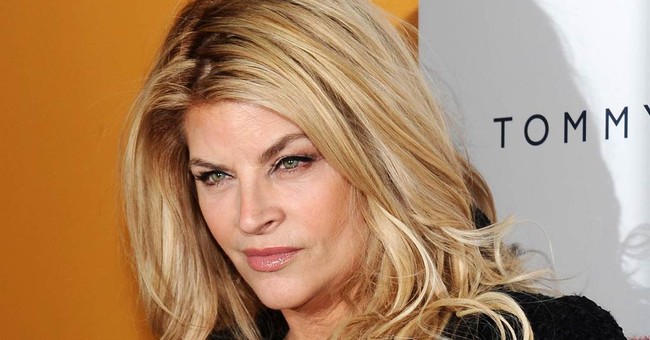 Former "Cheers" actress Kirstie Alley is raising her glass to Republican presidential candidate Donald Trump, officially endorsing him on Twitter Friday night. She also snuck in a quick compliment for former New York City Mayor Rudy Giuliani, who told the press this week he'll be voting for the businessman.

HELLO BOYS! this is my formal endorsement of @realDonaldTrump & I'm a woman! (last I checked) And Rudy, U R amazing! https://t.co/0IrenUh8fa

It's worth noting she mentioned her gender in her endorsement, considering recent polls show Trump's unfavorable ratings among women is off the charts. His opponents on both sides of the aisle having been using his abortion remarks that women should be "punished," as well as a host of controversial statements toward notable female figures, to try and prove he does not respect women. "Saturday Night Live" has not helped his cause.

Will a little star power help improve these statistics?