Louisiana Senator Tours US-Mexico Border, Finds Out 30 Percent of Contraband is Still Getting Across 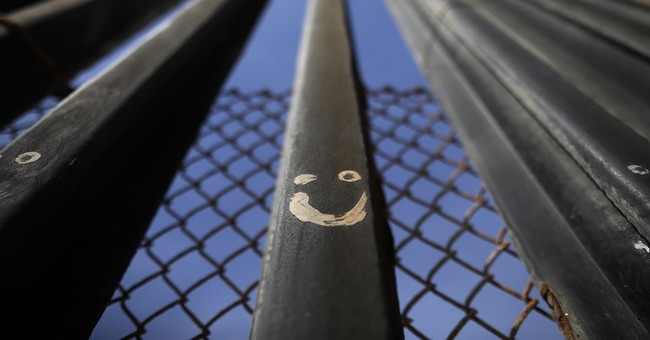 Sen. Bill Cassidy (R-LA) joined the radio hosts at Baton Rouge’s Talk 107.3 on Thursday to discuss his recent trip to the U.S.-Mexico border. He began by complimenting our border patrol police, noting how they have to be ready at a moment’s notice to both apprehend drug cartels and to prevent them from smuggling families across the Rio Grande river.

They have to be “ready to engage in gunfire and ready to rescue,” Cassidy explained, before concluding that these guards, by securing our border, "represent our American values."

Yet, Cassidy noted there is still much work to do to combat the vast amount of illegal activity occurring at our vulnerable border.

Thirty percent of contraband is going back and forth between U.S. and Mexico, Cassidy said.

How are smugglers getting these illegal goods across?

Some of it, Cassidy explained, is being snuck in on 18-wheelers full of cabbages or watermelons.

“It is a major issue,” he said. “It’s going to be difficult to control that border.”

The hosts asked the senator if he thought Donald Trump’s proposal to build a wall was a viable solution.

There are some areas, Cassidy noted, in which a wall “definitely works.” In other places, unless someone is patrolling, illegals can figure out ways to get around it.

Cassidy noted how tunnels have been discovered crossing into U.S. territory, including one just two days ago in Nogales, Arizona. It was one of over 115 tunnels discovered by authorities since 1990.

My question: Why not use the Israeli system? During the Israel Collective’s tour of Israel’s security barrier outside the West Bank last month, the wall’s architect explained to us that should anyone on the other side attempt to dig under the wall, ground sensors alert the authorities and they are immediately on the scene before they can get an inch further.

Nevertheless, U.S. authorities have been using some innovative technology of their own to halt illegal activity. In the areas in which a wall would not be sufficient, Cassidy explained that border guards must rely on situational awareness. The border security, he said, uses blimps equipped with infrared and video to patrol certain areas of the border.

“They have these infrared videos to look for bad folks, to capture them as they cross the river.”

Bloomberg Politics has some cool footage that shows how the technology works.

Cassidy said more money needs to be spent on the border, but stopped short of offering an estimated amount. He did say it would take a “heck of a lot” of military to maintain a full-time presence there.

With all of the assets currently employed at the border – the National Guard, ranchers, etc. – the border still seems too fluid.

“When we figure out what to do, the folks smuggling figure out something different,” Cassidy concluded.