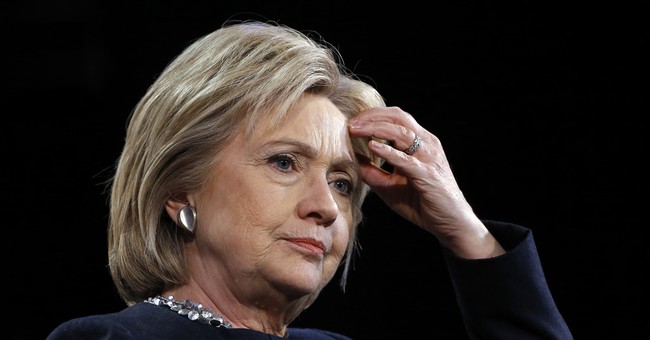 Hillary Clinton can count on one less voter in the 2016 election. While there are many reasons for Democrats to stop supporting her (her email scandal, cozy Wall Street ties, untrustworthiness), one particular South Carolina Democrat says he is rescinding his support for her because she embodies "establishment politics." So, State Represenative Justin Bamberg is giving a nod to her opponent Bernie Sanders:

"Hillary Clinton is more a representation of the status quo when I think about politics or about what it means to be a Democrat," said Mr. Bamberg..."Bernie Sanders on the other hand is bold. He doesn't think like everyone else. He is not afraid to call things as they are."

Bamberg, who served as the lawyer for Walter Scott's family, the young man who was killed by police after an argument a traffic stop last year, initially supported Clinton in December. Yet, there he stands Monday behind a Bernie 2016 podium.

Bamberg is just one Democrat who has had a change of heart about Hillary in the 2016 race. As people realize that Clinton's email scandal isn't subsiding and that Sanders has a more passionate progressive message (and record) than the current frontrunner, the Vermont senator gains traction. As a result, he is now ahead in both Iowa and New Hampshire and voters are less sure than ever that Clinton is their candidate.

Sanders has been trying to capitalize on his momentum and has suddenly put on his game face. He has been more vocal about Clinton's Wall Street ties and Sunday even accused her of running a "desperate" campaign.

Look for more fireworks between these two tonight as they go head-to-head at the Democratic town hall on CNN from 9 p.m. to 11 p.m. ET.

Why an ESPN Writer Was Troubled by American Flags at the Tokyo Olympics. Prepare to Roll Your Eyes.
Townhall
Scott Gottlieb calls out the CDC over its garbage modeling of the Delta variant
Twitchy
The Press Go Wild at Psaki Presser and Show the Authoritarianism Is the Point
Redstate
The Morning Briefing: It's Time to Purge the 'Pelosi Republicans'
PJ Media