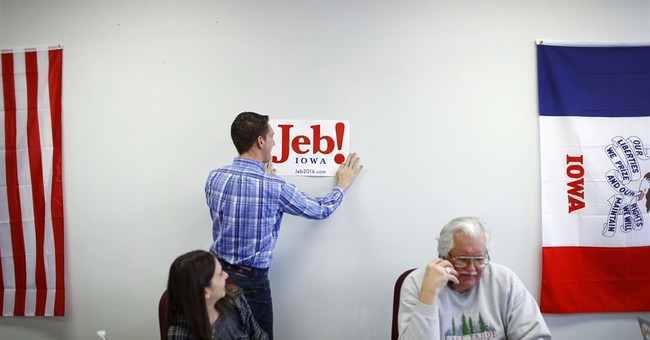 A new Gallup survey indicates that Team Jeb needs to urgently "fix" his current image with the American public.

The former Florida governor’s run in the 2016 presidential race hasn’t exactly gone as planned. The current RealClearPolitics average puts him at below 4 percent.

When you consider how far he’s fallen since July, the drop is especially stark:

If you’re keeping score, Bush’s unfavorable rating has increased by 18 points. He lost his most support among Republican men. His favorable rating with that demographic dropped 39 points since the summer. With women, he lost 13 points.

One reason for Bush’s downfall is the media’s favorite subject, Donald Trump. The business mogul has been relentless in his insults toward Bush. Trump has targeted the former Florida governor for his “low energy” and has even called him an “embarrassment” to his family. His attacks appear to have been pretty effective; No one wants a weak candidate to go up against the presumed Democratic nominee Hillary Clinton.

Of course, the Bush campaign’s blowing through $50 million doesn’t help either.

With these numbers, perhaps Jeb's signature exclamation point is better placed after the word "ouch."