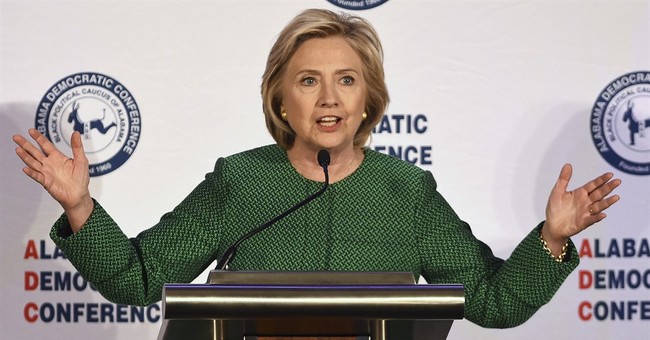 Americans' views on guns are significantly more important than they were a decade ago. In 2000, the year after the mass shooting at Columbine High School that reignited the nation's gun control debate, only 11 to 15 percent of voters said a candidate needed to share their views on gun control. Now, that number has almost doubled, with 26 percent saying it matters.

Breaking the results down even further, Republicans are more likely to insist a candidate share their views on the Second Amendment, meaning less government control.

The difference in opinion between the two major political parties on this issue could not be more pronounced. Republican frontrunners like Donald Trump have defended Americans' Second Amendment rights. The businessman showed up for a gun rights rally last year to protest Gov. Andrew Cuomo's anti-gun SAFE Act. Other GOP candidates like Ted Cruz have very openly and vocally embraced the NRA.

Hillary Clinton, on the other hand, has equated the gun rights organization with terrorists and suggested she would consider a gun buy-back program, an unpopular initiative among gun owners.

Clinton will be surprised to find that Americans are more likely to align with the GOP when it comes to their views on the Second Amendment. Forty-six percent of voters said Republicans better reflect their views, compared to 37 percent for Democrats, according to Gallup.

Gallup conducted this latest survey on gun control on Oct. 7-11, shortly after the fatal shooting at Umpqua Community College in Roseburg, Oregon.