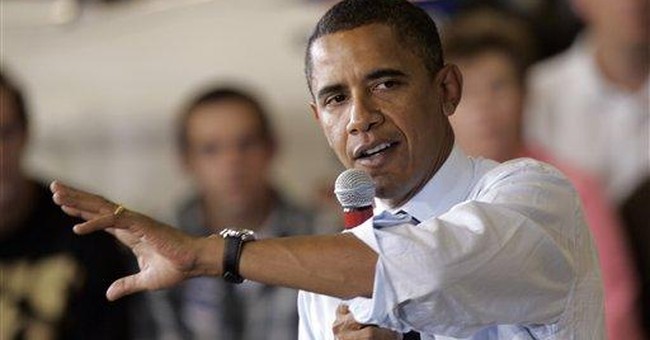 Last week, President Obama offered a glimmer of hope to conservatives by slamming the politically correct culture on today’s college campuses. Students shouldn’t be “coddled” from opposing viewpoints, he insisted. Conservative speakers shouldn’t be “silenced.” Obama’s tolerant rhetoric, however, appears to be short-lived. In the Department of Education's newly released College Scorecard, which helps students search for schools that fit their needs, the Center for College Affordability and Productivity noticed that certain schools were conspicuously left off the list:

But as we delve more into it, something arguably sinister is revealed: the Scorecard excludes mention of several prominent colleges with a conservative or traditional academic orientation.

Suspiciously missing from the scorecard is Hillsdale College. The Obama administration claims they left Hillsdale off the list because it doesn’t award enough bachelor degrees. CCAP calls that a “lame excuse,” noting that several other institutions are included that similarly don’t provide that many degrees.

CCAP believes the real reasons Hillsdale was excluded were because it does not accept federal funds and because of its conservative ideology. The group’s claims have some merit, considering other conservative-minded schools like Grove City and Patrick Henry Colleges were also absent.

Did the Obama administration refuse to recognize these universities because they don’t align with their liberal agenda? If the answer is "yes," the president’s hypocrisy is on full display.