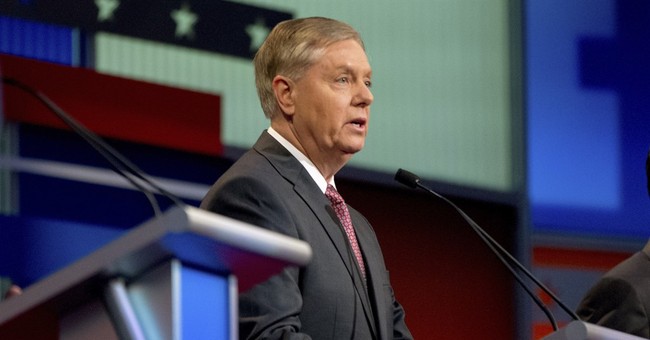 The four presidential candidates who didn't quite make the prime event tonight at the Reagan Library in Simi Valley, CA due to poor poll numbers will still have their chance to speak to the American public. In a second-tier debate ahead of the main attraction, Gov. Bobby Jindal (R-LA), former Sen. Rick Santorum (R-PA), Sen. Lindsey Graham (R-SC) and former New York Gov. George Pataki will try and impress viewers with their White House ambitions. Gov. Rick Perry (R-TX), who would have been the fifth candidate on stage, was forced to suspend his campaign last week because of a lack of funds. As for former Gov. Jim Gilmore (R-VA), he is sidelined because he failed to meet CNN's debate rules that require candidates to reach at least 1 percent in the polls.

The "JV" debate begins at 6 p.m. live on CNN, followed by the main event at 8 p.m. We'll be covering both debates here at Townhall. Feel free to comment below and tell us which candidates you think are impressing, and which are failing to voice their message.