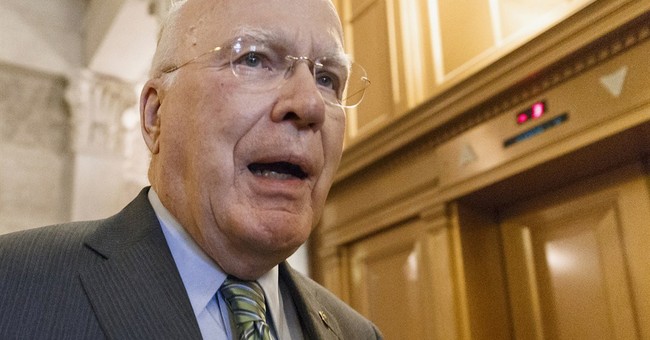 You just wouldn’t believe it if – well, it’s Congress, so at this point we can believe it.

Combating human trafficking is one of few bipartisan issues on Capitol Hill. Sen. John Cornyn (R-Texas) introduced The Justice for Victims of Trafficking Act, a bill that would create a “Domestic Trafficking Victims’ Fund” to aid victims of human trafficking. It passed the Judiciary Committee easily and was ready for progress. Yet, one issue stopped Democrats from ultimately lending their support: abortion.

Included in Cornyn’s anti-trafficking act, is The Hyde Amendment, which prevents money from being funneled toward abortions. Politico describes how this crossed the line for pro-abortion Democrats:

Instead, in a breakdown sensational even by Senate standards, a bill to address the issue is set to go down in a partisan firefight. The cause of the row? Democrats didn’t read the 68-page bill to discover its provisions dealing with abortion, and Republicans didn’t disclose the abortion language when Democratic staffers asked them for a summary of the legislation.

Here’s why that's a poor excuse:

They also conceded they were familiar with the arcane legislative language because Republicans had informed Democrats of their desire to include the abortion provision late last year.

Cornyn expounded on this point.

"You think they didn't read the bill before they put their name on it?" Cornyn asked, referring to the bill's Democratic cosponsors. "Our friends across the aisle have some outstanding staff. ... I don't believe that they would have missed a reference in this legislation."

If that was the case, however, Cornyn suggests his Democrat friends need to hire a new staff.

So, Democrats knew the anti-abortion language was coming, yet they did not raise hell over it until this week. Senate Minority Whip Dick Durbin (D-Ill.) tried to defend the Democrats’ actions, saying the inclusion of the Hyde Amendment was an “obscure reference” in the bill.

Democrats like Sen. Patrick Leahy (D-Vt.) oppose the bill, not only because of its anti-abortion agenda, but because they claim Republicans are making the trafficking act into a partisan issue.

"I hope we're not going to get into a question where we compare apples with oranges and forget what we're supposed to be doing," he said, taking to the Senate floor after Cornyn spoke.

"Let's not let political gotcha games stop us from legislation that might protect these people," he said.

Despite Leahy’s comments, human trafficking and abortion are most definitely in the same category when it comes to protecting life. In the former, one’s life can be severely damaged – both physically and mentally – in the latter, one’s life is ended. So, “these people” that Leahy alluded to, should include vulnerable unborn babies.

Shame on Democrats for halting a bill because it would work to help both human trafficking victims and unborn humans. Their pro-abortion ideology puts both in danger.