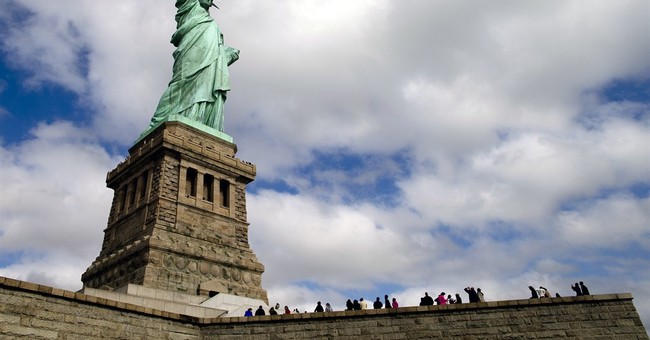 For the third year in a row, the United Van Lines' National Movers Study is bad news for the Northeast. While their research found that movers are flocking to states like Oregon and the Carolinas, it also revealed that people in New York and New Jersey are trying to find the escape routes as fast as they can:

The Northeast is experiencing a moving deficit with New Jersey (65 percent outbound), New York (64 percent) and Connecticut (57 percent) making the list of top outbound states for the third consecutive year.

This exodus can be attributed, in part, to the high tax rates and poor economic outlook of these northern states. Here's how one expert summed up the study's findings:

“With economic stability growing nationally, the current migration patterns reflect longer-term trends of movement to the southern and western states, especially to those where housing costs are relatively lower, climates are more temperate and job growth has been at or above the national average, among other factors,” said Michael Stoll, economist, professor and chair of the Department of Public Policy at the University of California, Los Angeles. “Unique amenities such as outdoor recreation, arts and entertainment activities, and green space protection likely continue to propel Oregon to the top of the list for the second straight year.”

The Garden State had a rough year in terms of employment, with casinos shuttering and thousands losing their jobs in Atlantic City alone.

New York is especially guilty of egregious housing costs. In July of 2013, for example, the New York Daily News reported that the average rental price in New York City for a one-bedroom apartment was $3,000. That was more than three times the national average.

Might I venture to guess that Gov. Andrew Cuomo's (D-NY) insensitive comments from last year, which ostracized half the state, may also be a factor for the mass exit?

These days, it's unfortunate that symbol of freedom that we call the Statue of Liberty is bidding farewell to more people than she greets.