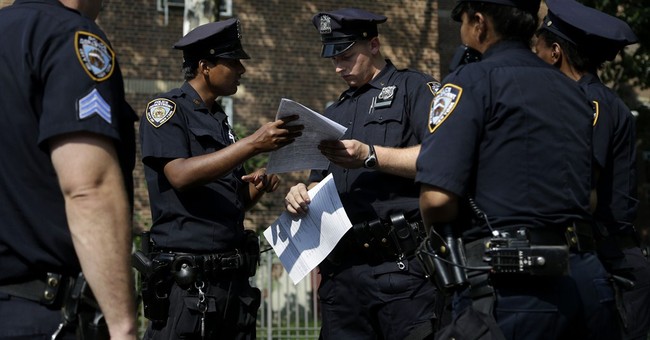 Newly elected New York City Mayor Bill de Blasio can pat himself on the back for already making the most populous city in America less safe:

Mayor de Blasio is agreeing to have a federal monitor oversee the NYPD for three years, while dropping the city’s appeal of a federal court ruling that found the department’s stop and frisk practices violated the rights of minorities.

In making the announcement, which he said he hoped would end a turbulent chapter in the city’s racial history, Mr. de Blasio offered a sweeping repudiation of the aggressive policing practices that had been a hallmark of his predecessor, Michael R. Bloomberg, but that had stoked anger and resentment in many black and Latino neighborhoods. He essentially reversed the course set by Mr. Bloomberg, whose administration had appealed the judge’s ruling.

The liberal mayor made the announcement with Police Commissioner William J. Bratton in a Brooklyn neighborhood where stop-and-frisk is a constant presence. Opponents like de Blasio argue the police tactic is laced with racism. In 2012, blacks and Latinos made up more than 80 percent of all police stops, despite making up just over half the population.

However, other statistics reveal just how effective this police strategy proved to be. For instance, crime fell more than 30 percent during Bloomberg’s three terms in office. Under Mayor Rudy Giuliani, the Republican mayor who introduced the tactic, murders plunged from 2,000 a year to 714 the year he left office.

Nonetheless, Mayor de Blasio praised the news that may be the beginning of the end for stop-and-frisk:

“This is a defining moment in our history. It’s a defining moment for millions of families, especially those with young men of color. And it lays the foundation for not only keeping us the safest big city in America, but making us safer still,” the mayor added.

Time will soon tell if de Blasio’s declaration is true, or if he has just made a U-turn in New York’s declining crime rates.