Heckler Confronts Hillary on Benghazi: ‘You Let Them Die!’ 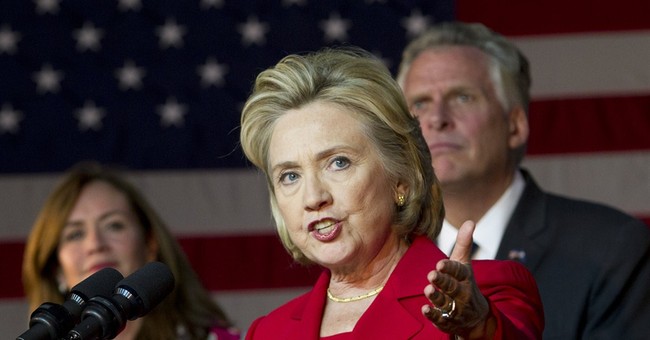 When Hillary Clinton spoke to an auditorium full of students and supporters at the University at Buffalo Wednesday night, one attendee thought it an opportune time to make the former Secretary of State accountable for the attack on the U.S. consulate in Benghazi, Libya on September 11, 2012, which left four Americans dead.

As Clinton was praising the city of Buffalo as an important model for the nation, the heckler started shouting, “You let them die!” Instead of addressing the protester, Clinton talked over him and said solving problems “doesn’t involve yelling, it includes sitting down and talking.”

Listen to the confrontation below:

Yelling in the middle of Clinton’s speech in a packed conference room may not have been the best venue to vocalize his concerns. But, this heckler’s interruption is yet another good reminder that this administration has still yet to provide answers as to why the U.S. consulate in Benghazi was left so vulnerable to an ambush last year, especially on the anniversary of our country’s deadliest terror attack.

Another answer Clinton avoided giving was whether or not she is considering running for president in 2016. A host of New York’s political leaders reportedly proposed the question to her at a private reception, yet she remained mum.

Well, the election is still three years away so...ahem.