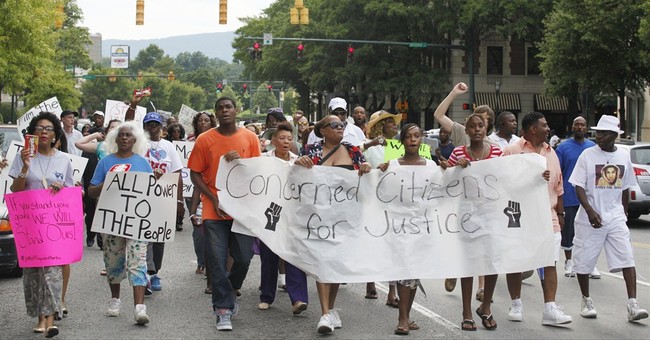 While angry crowds rallied in 100 cities this weekend to protest George Zimmerman’s acquittal in the high-profile Trayvon Martin case, Floridians quietly proved they are satisfied with the trial’s results. A recent poll reveals their approval of the jury’s decision and, perhaps more interesting, their disapproval of the president’s handling of race relations since his inauguration.

Viewpoint Florida asked 900 people, most of whom were Democrats, for their opinions on Zimmerman’s not guilty verdict. A majority, 56 percent, believe the jury got it right and 63 percent felt Zimmerman should not have to face federal hate crime charges.

Also intriguing was Question #5, which read, “In your opinion, have race relations in the United States gotten better or worse since Barack Obama took office almost 5 years ago, or have they stayed about the same?” Fifty-three percent answered that race relations have deteriorated since Obama’s inauguration, with only 10 percent saying they’ve improved.

This disappointing perception is not limited to Florida. When Obama first took office, Americans were overwhelmingly optimistic about bridging the country’s racial divide. A Gallup poll taken the day after Obama secured the presidency in 2008 showed that 70 percent of Americans believed race relations would improve. But, two years later, these expectations had a stark meeting with reality when only 48 percent of blacks and 31 percent of whites said relations had positively progressed.

Of course, the poor state of race relations isn’t directly linked to the president, but the string of racially dividing comments he’s made since taking office certainly haven’t helped. For instance, let’s not forget the time he accused police in Cambridge, Massachusetts of acting “stupidly" for arresting a prominent black Harvard professor after a confrontation in his home. Although the cop in question acted a bit prematurely, Obama’s insensitive comment only encouraged racial hostilities. Likewise, Obama’s speeches regarding Trayvon Martin have heated rather than simmered these tensions. Last year, the president stated, “If I had a son, he would look like Trayvon,” which set off a firestorm from conservatives who charged he was being “divisive” and clearly taking sides. His recent speech regarding the case and verdict have also been criticized for again bringing race into the conversation, declaring, “Trayvon could have been me 35 years ago.” Instead of focusing on the facts and evidence presented by the defense and prosecution, Obama’s narrow focus on skin color caused him to jump to unfair conclusions.

So, with his subtle, yet clearly racial comments, it seems the president who many hoped would lead us to a “post-racial” America has only made us less color-blind.