Bob Iger Confronted About Blackface From Kimmel And Behar 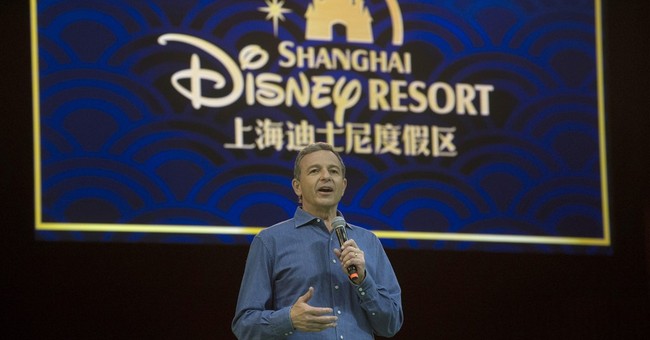 During a shareholder meeting in St. Louis on Thursday, Disney CEO Bob Iger was confronted about the company's stance on ABC stars Jimmy Kimmel and Joy Behar having previously worn blackface.

"Mr. Iger, with all of the pride that you place on racial diversity at Disney... I find it puzzling that the company seems ok with Kimmel's and Behar's previous racist actions," Danhof said. "Can you comment on their use of blackface? And are they held to a different standard than politicians and newscasters because they are comedians?"

This question most likely comes off the heels of several similar scandals involving Virginian politicians. Both Governor Ralph Northam (D) and Attorney General Mark Herring have admitted to wearing blackface during their college years. However, both of them have refused to resign despite building pressure to do so. Northam recently reached out to his predecessor Robert McDonnell (R) for help in reconciling his use of blackface in medical school.

"We don't condone the use of blackface under any circumstances in our world today," Iger replied. "We take into account the context in all cases when we become aware of people that have been in blackface in public. And the specific incidents that you raised we chose to deal with privately." Iger refused to disclose what actions they had taken about the incidents.

The particular incidents Danhof was referring to happened on separate occasions. While hosting "The Man Show" on Comedy Central, Kimmel wore blackface to portray Karl Malone, a former NBA player. Behar, one of the panelists on "The View," openly showed a picture of herself in darker makeup for a Halloween costume in the 1970s.

"We obviously take situations like this very seriously," Iger later continued. "We've taken swift actions as a company at any point when we feel the behavior of someone that works for us is a discredit to our company, themselves, people who work for us, our customers, or society."

ABC, one of Disney's many subsidiaries, hosts both "The View" and "Jimmy Kimmel Live!", a late-night talk show.