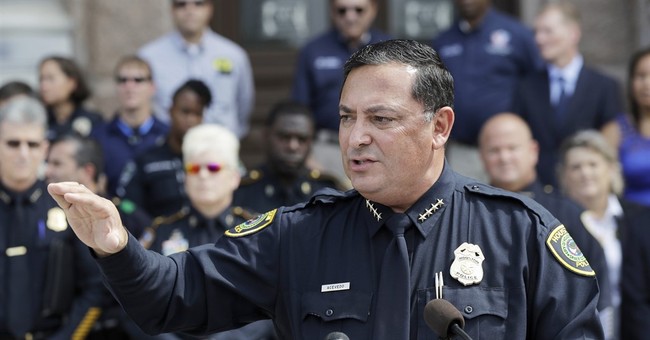 At 5 p.m. on Monday, Jan 30, a search warrant for a house turned into a gun battle between two suspects and the narcotics officers sent to investigate their house. The engagement ended with four officers shot and both suspects dead.

During a press conference early Monday evening addressing the shooting, Joe Gamaldi, president of the Houston Police Officers' Union, vented frustration in a moment of informality.

It was a more inflammatory comment, however, that has earned him ire and unfriendly attention.

"If you're the ones out there spreading the rhetoric that police officers are the enemy," he said, "well just know we've all got your number now. We're going to be keeping track on all of y'all, and we're going to make sure to hold you accountable every time you stir the pot on our police officers."

After making these comments, Gamaldi justified his statements on Tuesday saying,

"It looks like police are trying to get aggressive and using this as an excuse to clamp down on black and brown communities, where there's a problem with policing in the first place."

"I think what you're seeing from Joe is just the frustration of his brothers and sisters being shot at and actually knowing there were two guys," he said, referring to the officers who were in critical condition after the shooting. "We weren't sure that one or two of them weren't going to make it last night. So I think the nerves are a little frayed."