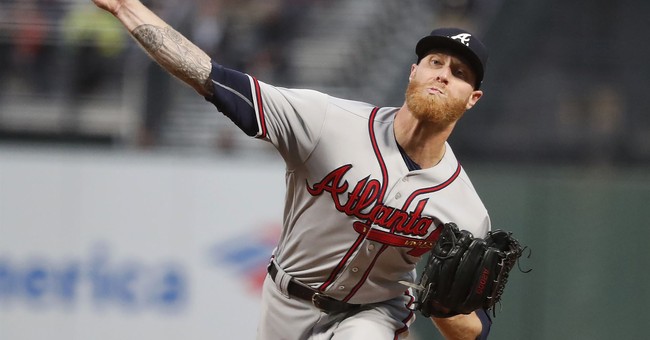 Major League Baseball’s image-driven decision to pull the All-Star game from Georgia could cost the local economy over $100 million, according to one tourism official.

In reaction to an election integrity bill recently passed in the Georgia state legislature, the MLB has announced that Truist Park, home of the Atlanta Braves, will no longer host the league’s summer All-Star festivities.

"The 8,000-plus MLB contracted hotel room nights that will not actualize as a result of the MLB All-Star Game relocation will have a negative impact on Cobb's hospitality industry and other local businesses, further delaying recovery," said the president and CEO of Cobb Travel in a CNN interview.

Tudy Rodney, owner of Rodney’s Jamaican Soul food in Smyrna, Georgia, expressed her personal frustration to Fox 5 News, saying, “We’re trying to build back from a pandemic that happened last year, and something like this is not good for business,” concluding, “Rodney’s will suffer.”

According to a statement released by the Braves, “we are saddened that fans will not be able to see this event in our city… Unfortunately, businesses, employees, and fans in Georgia are the victims of this decision."

The MLB All-Star game, and the accompanying activities, generate a substantial economic impact in wherever city they’re held, with state and local governments advocating ferociously to host the event.

In 2019, the last All-Star game played, Cleveland saw an influx of $65 million to its local economy, and in 2000, the last year Atlanta hosted the All-Star event, the economic impact was nearly $75 million when adjusted for inflation.

Georgia Democratic Rep. Tori Anulewiez, whose district includes Truist Park, pointed out the irony that the state who delivered the Senate and, in part, the presidency to Joe Biden is effectively being punished for not being woke enough.

“The American Rescue Plan,” says Anulewicz, “exists because of the very Georgia voters who will be most impacted by the economic brunt of the decision to pull the MLB All-Star Game.”

Sen. Marco Rubio (R-FL) likewise weighed in on the decision, pointing out the MLB’s blatant hypocrisy in a letter to commissioner Robert Manfred.

“Since Major League Baseball now appears eager to use its “platform” to demonstrate “unwavering support” for fundamental human rights, will you cease your relationship with the Chinese Government, which at this very moment is committing genocide against the Uyghurs Muslims in the Xinjiang Uyghur Autonomous Region (XUAR)?”

Ultimately, the MLB is not likely act in a logically coherent manner and  sever their ties with China. Like Disney, Coca-cola, and Delta before them, the MLB is the latest multi-million dollar corporation to publicly sell their soul to the woke in hopes they'll get eaten last.