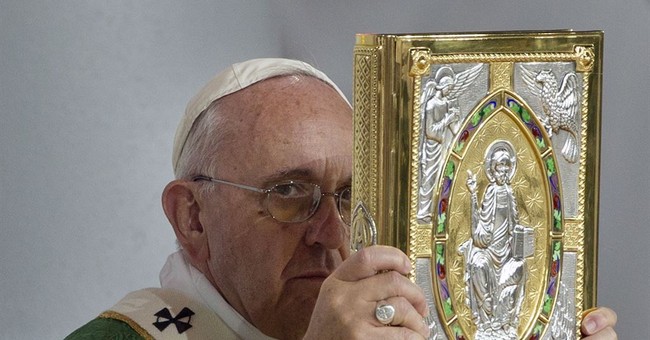 The Vatican announced this week that same-sex unions cannot receive ecclesial blessings as they are not “objectively ordered to the revealed plans of God.”

In a report released on Monday, the Vatican’s Congregation for the Doctrine of the Faith (CDF) sought to provide clarification on the growing questions concerning the Church’s stance on the blessing of same-sex unions.

Preempting a likely attack, the report emphasized its reasoning, stressing that “the declaration of illegality of the blessings of unions between persons of the same sex is... not, and does not intend to be, an unjust discrimination, but rather to recall the truth of the liturgical rite and of what deeply corresponds to the essence of the sacramentals.”

The leader of the Catholic Church, Pope Francis, has become widely known as a progressive figure within the Vatican for his many anti-establishment actions and beliefs, such as his environmental activism and his openness to transgenderism and homosexuality, saying in 2013, “who am I to judge.”

These liberal remarks, coupled with Pope Francis’s earlier support of same-sex union laws to protect the legal rights of same-sex couples, lead many to foresee institutional change on the church’s horizon. However, with his consent to the CDF’s report, the Pope made clear the Vatican’s commitment to divine ecclesial teachings over Earthly political matters.

Says the report, “When a blessing is invoked on some human relationships it is necessary - in addition to the right intention of those who participate in it - that what is blessed is objectively and positively ordered to receive and express grace, according to the designs of God inscribed in Creation and fully revealed by Christ the Lord.”

Some critics have admonished the Vatican’s decision as an anti-LGBTQ+ act that reenforces the false belief that non-heterosexuality is a choice, but the CDF report clearly makes a distinction between homosexual acts, which are considered sin, and homosexual individuals, who are creations of God’s love equal to all others in rights and blessings.

“The answer to the proposed dubium does not exclude blessings being given to individuals with homosexual inclination,” say the report, but allows for blessings to any individual “who manifests the will to live in fidelity to God's revealed designs as proposed by ecclesial teaching.”

Ultimately, the CDF report concluded “it does not and cannot bless sin,” but will continue to bless the “sinful” whenever possible.