Hunter Biden, Back for More with a Memoir 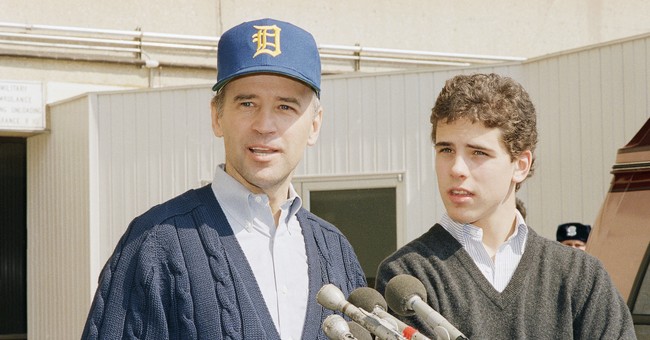 Hunter Biden’s memoir “Beautiful Things” is set to release on April 6, as first reported by the Associated Press.

The book, however, will likely steer clear of anything politically controversial as it is reported to chronicle the Biden family’s tragic past and center on Hunter’s own longtime struggle through addiction and substance-abuse. But never say never, something to stir the pot is sure to slip through.

Of the memoir, acclaimed horror writer Stephen King offered high praise, calling it “compulsively readable “ and writing further for his blurb, “Hunter Biden proves again that anybody — even the son of a United States President — can take a ride on the pink horse down nightmare alley,” a respectful, yet surely back-handed compliment.

Only recently has Hunter gone public with his personal struggles, saying in a New Yorker interview last July, “Everybody has trauma. There’s addiction in every family. I was in that darkness. I was in that tunnel – it’s a never-ending tunnel. You don’t get rid of it. You figure out how to deal with it.”

The president and the first lady conveyed support for their son, expressing through a statement read by press secretary Jen Psaki, “We admire our son Hunter's strength and courage to talk openly about his addiction so that others might see themselves in his journey and find hope.”

The book’s publisher, Gallery Books, aka Simon & Schuster, has itself recently come under fire after reneging on Sen. Josh Hawley’s agreed upon book deal. The publisher expressed in a statement that it is their “mission to amplify a variety of voices and viewpoints,” however going on to say, they “cannot support Senator Hawley.” The senator's book has since been picked up for publication by Regnery Publishing.

With President Biden’s election, it seems Hunter Biden and his shady dealings have largely been forgotten, abandoned for more immediate concerns. But with the emergence of his memoir, “Beautiful Things,” not to mention a revolving door of allegations against other Biden family members, old wounds could soon be ripe to reopen.