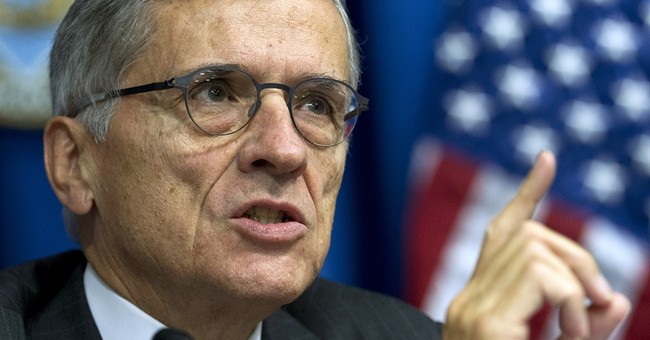 If you like what Obamacare has done to health care, you are going to love what the Federal Communications Commission is about to do to the internet.

The FCC voted by a slim 3-2 margin Thursday to pass new "net neutrality" regulations that give the federal government unprecedented control over how the internet is managed.

Just as Obamacare was supposed to make health care cheaper for all Americans, net neutrality is supposed to guarantee "free and open access to the internet," according to FCC Chairman Tom Wheeler.

Wheeler's new regulations essentially turn internet service providers into public utilities the same way Obamacare turned health insurance companies into heavily regulated wards of the state. And just as Obamacare has expanded paper health coverage to millions of Americans, while making it much harder for most people to actually see a doctor, net neutrality will also bring uncertainty and stagnation to the internet in the name of providing equal access to all.

If it ain't broke, don't fix it. ...  Things have worked well. There is no better platform in the world to start a new business than the Internet in the United States. ... I want there to be fast lanes because there will be applications that need fast lanes. We are just now entering a period where we are seeing new ways to create and use high bitrate applications.

People like to use movies and TV shows as a reference to issues that could occur on the Internet. [But] the real issue is that there will be many applications that we can't foresee today. [And] we need those applications to not just have priority, but guaranteed quality of service.

I want certain medical apps that need the Internet to be able to get the bandwidth they need. There will be apps that doctors will carry on 5G networks that allow them to get live video from accident scenes and provide guidance. There will be machine vision apps that usage huge amounts of bandwidth. I want them to have fast lanes.

Also like Obamacare, the FCC is expected to be sued almost immediately, causing uncertainty in the industry for years. Already in 2014, a federal court struck down a 2010 FCC regulation on this same issue.