The Fight for the Senate Budget Committee 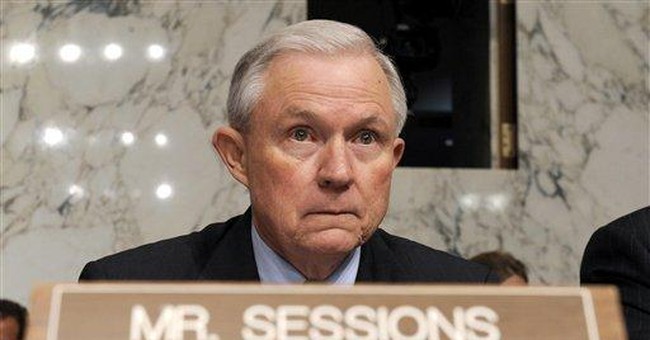 Conservatives could lose a strong voice on both budget and immigration issues next year if Sen. Jeff Sessions (R-AL) loses his race against Sen. Mike Enzi (R-WY) for the chairmanship of the Senate Budget Committee.

Both Sessions and Enzi currently serve on the committee and both were elected to the Senate in 1996. But thanks to a random drawing of lots, Enzi is technically senior to Sessions.

However, in 2011 when the opportunity to become the Ranking Member of the Senate Budget Committee came, Enzi declined. Sessions stepped up to the responsibility and has done the job admirably. In their endorsement of Sessions for chairman, National Review wrote:

He has done an exceptional job on budget issues, explaining complicated fiscal matters to voters and colleagues. In particular, Sessions unremittingly attacked his Democratic counterparts on the Budget Committee for not writing or releasing a budget on their own, as the law required. After more than 1,000 days of lassitude, Senator Patty Murray finally relented: Sessions forced the party of tax increases and debt accumulation to go on record as such by passing a budget resolution. The senator has also made a priority of welfare reform, applying research and rhetoric to push for conservative, work-focused approaches to social spending.

The race between Enzi and Sessions will be decided by a secret ballot vote of the Republican members of the Budget Committee. There are currently 10 Republicans on the committee, including Enzi and Sessions, and only Sen. Lindsey Graham (R-SC) has said who he would vote for ("I told Jeff I would be with Jeff").

Senate Republicans will soon negotiate committee membership ratios with Democrats, and the Budget Committee will probably end up getting at least one or two more Republican members starting next year. But Senate sources tell Townhall that there is no guarantee that Republicans will wait until next year before they vote. Republicans could decide the issue by a secret ballot of current members this year. Here are the seven undecided members that will decide if Sessions will be Budget Chairman: