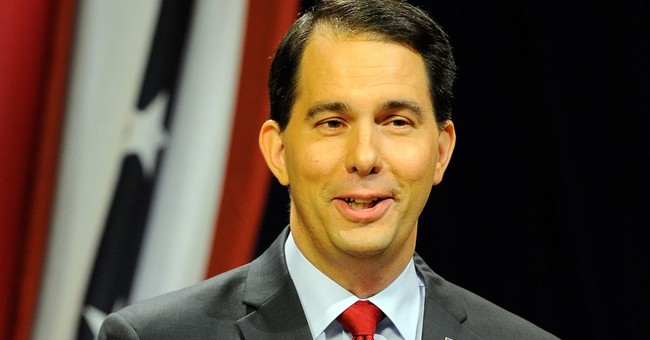 It is not easy being on the editorial staff at the Milwaukee Journal Sentinel, especially now that they have been forced to admit that Wisconsin Gov. Scott Walker's Act 10, which they strongly editorialized against, has saved Wisconsin taxpayers more than $3 billion.

Also known as the Wisconsin Budget Repair Bill, Act 10 stripped many public sector unions of some collective bargaining privileges and allowed Wisconsin government employees the choice not to have union dues taken directly out of their paycheck.

The liberals who run the Milwaukee Journal Sentinel knew that the Wisconsin Democratic Party would be crippled by giving government workers the choice not to join government unions, and government union membership has fallen sharply since Act 10 became law.

But the state budget is now in the black and Wisconsin's best teachers are being rewarded with lucrative job offers. So since the law has been a complete success, how do the liberals at the Milwaukee Journal Sentinel attack Walker? By inventing a fictional parallel universe of course. The editorial board writes:

If Walker could travel to that other universe — the one where he negotiates with unions instead of breaking them — here's what he would find: The budget deficit is closed through negotiated employee concessions, cuts to programs and a little fiscal magic. There are no new taxes. There are no angry protests around the state Capitol, no nasty threats aimed at Republican legislators. Democratic senators remain in Madison; they do not not run off to Illinois. They don't have to; they are working with the governor. There are not 15 recall elections, either, and Walker, though disliked by Democrats, is no target. The Democrats know better. ... Imagine: labor peace, a balanced budget, a successful governor, a new kind of Republican who works with his political foes instead of crushing them. It's easy if you try.

Yes, if you ignore reality and pretend that government unions are perfectly willing to just give their members' benefits away, then sure, Walker's Act 10 wasn't necessary.

But back here in the real world, government unions exist only to perpetuate themselves, and for no other reason. They are nothing but a drain on taxpayers, teachers, principals, local governments, and students. Weakening government unions was the wisest and most critical part of Walker's Act 10.

Oh, and by the way, back here in reality, the Wisconsin economy just created 8,400 private sector jobs in September, the highest monthly job gain in over a decade.