Three New Polls All Show Ernst Has Momentum in Iowa 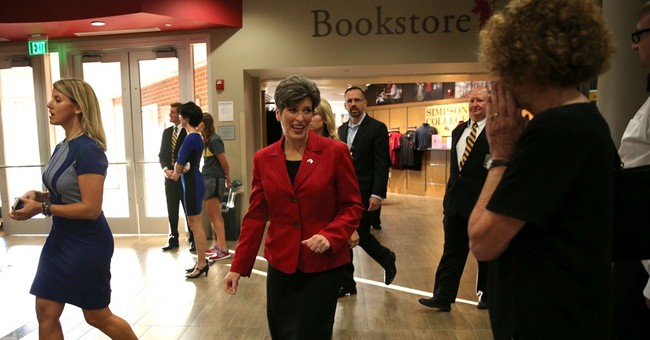 Republican Senate candidate Joni Ernst may be locked in a tight race with Rep. Bruce Braley (D-IA) for Iowa's open U.S. Senate seat, but recent polling shows there is no doubt that momentum is on her side.

Three different polling organizations (YouGov, Marist, and Loras) released new polls this weekend, and while they all show different final results, they also all show Ernst with strong momentum heading into the final month of the campaign.

The Marist poll shows Ernst up by three, 46 to 43 percent, which is an improvement on the 43 to 43 percent tie Marist posted when they last polled the race in July.

The Loras poll shows Ernst and Brady tied at 43 percent, which is a huge improvement on the 41 to 45 percent deficit Loras found when they last polled the race in September.

And the YouGov poll, which shows Ernst trailing 43 to 44 percent, is a small improvement for Enrst over YouGov's August poll which had Braley up 44 to 42 percent.

A quick look inside the poll shows why momentum is on Ernst's side: Ernst is raising Braley's unfavorable ratings faster than he can raise hers.

Erns't unfavorabe ratings have also risen, (from 33 to 44 percent) but she has also managed to raise her favorables from 38 percent to 44 percent), and is now dead even at 44.

Unless Braley finds a successful new line of attack on Ernst, it looks the seat is hers to lose.