Why Are Obamacare Polling Questions So Terrible? 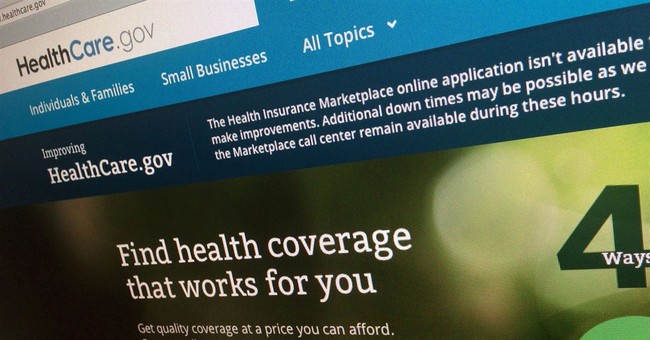 Guy Benson has a fine write-up below on Pew's new poll showing that, on it's four-year anniversary, Obamacare is unpopular as ever. To be exact, just 41 percent of Americans approve of the law, while 53 percent disapprove.

But Pew tries to spin the results, including the following subhead in their own post: "But Most Opponents Want Politicians to Make Law Work." And that sentence is well supported by the following question in Pew's poll:

What do you think elected officials who oppose the health care law should do now that the law has started to take effect? Should they [READ AND RANDOMIZE] or should they [ITEM]?

But what do those options even mean? If an elected official supports repealing Obamacare's individual mandate, is he trying to "make the law work" or "make it fail"? What about the employer mandate?

Instead of asking Americans vague questions that give elected officials zero information about what policy options their constituents support, why don't polling organizations ask about specific changes both parties are offering on Obamacare?

And Pew is not the only offender. Here is how NBC asks the question:

Again, with all of these questions, where would someone who supports repealing the individual mandate fit in? If you want to know that, then these questions are all completely useless.

Bloomberg, however, did ask their respondents specifically about the individual mandate. Turns out a majority of Americans, 51 percent, support repealing Obamacare's provision that "mandates everyone to have health insurance."

But why stop there? Polling organizations should also ask if Americans support bailing out insurance companies that lose money on the Obamacare exchanges. How many Americans would support repealing that provision?

I bet a lot. Which is probably why Pew isn't asking.