Until They Abandon Obamacare, Democrats Are Stuck Playing Prevent Defense 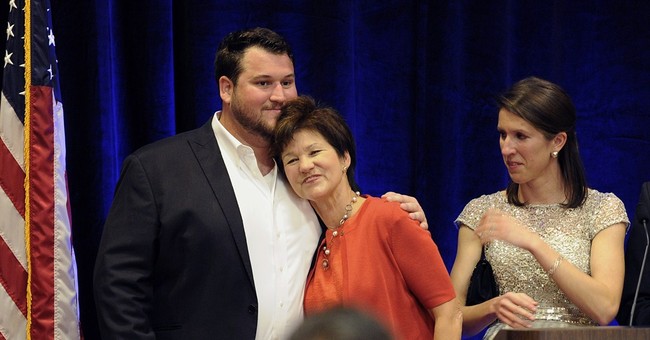 Less than one week after their big loss in Florida's 13th Congressional District, Democrats think they have figured out how to keep Obamacare from hurting them at the ballot box this November: go on offense.

Here is President Clinton-strategist Paul Begala: “We should flip the wording of how we talk about Obamacare. Open on offense, instead of on defense.”

And here is Vice President Al Gore-strategist Bob Shrum: "Democrats can defend it, but it's imperative to go on offense by recognizing and actualizing the reality that the parts of health reform are more powerful politically than its sum."

And what, exactly, would "going on offense" on Obamacare look like?

"We should open by saying, ‘my opponent wants to repeal your rights,’” Begala advises. "Democrats should talk about what's right with the ACA," Robinson says. "They should talk about the millions of formerly uninsured Americans who now have coverage."

"Pound away at a Republican candidate for proposing, and a Republican House incumbent for voting 51 times, to permit insurance companies to deny coverage for pre- existing conditions," Shrum writes. "65% of Americans disagree with that in the Bloomberg data. Assail Republicans for opposing a ban on lifetime limits, so policies can't be canceled when patients are sickest and need them most; 53% of Americans support the ban..."

The problem with all three of these prescriptions is that they are not new. Democrats have been talking up the benefits of Obamacare for four years now. And it simply hasn't worked.

And as the very real costs of Obamacare have begun to hit the American people (through cancelled insurance plans, higher premiums, and restricted access) Obamacare has become even more unpopular. That is why President Obama has been rewriting Obamacare non-stop since July of last year. The only way to keep the law from completely collapsing is to enforce it as little as possible.

So the only way for Democrats to "go on offense" on health care, is to push for changes to the status quo. And since the status quo is Obamacare, that means abandoning Obamacare as is.

This may sound painful to many Democrats, but it was always inevitable. The base of the party never wanted Obamacare as it is today. They always wanted single payer at best and a public option at least.

Until Democrats wise up and start pushing for a public option or single payer health care, they will be stuck playing prevent defense on Obamcare.