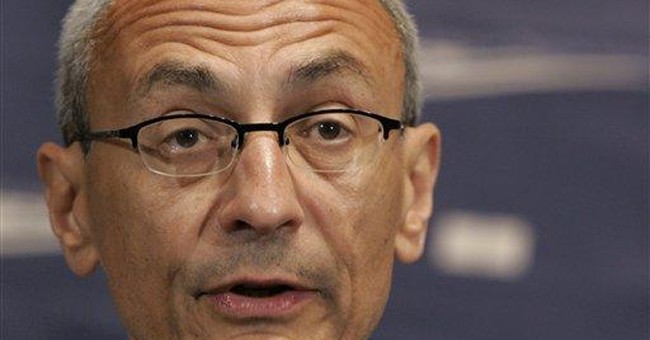 Last week, after Republicans in Congress attacked the program, the FCC announced it would be suspending a proposed pilot study in Columbia, South Carolina, that would have required television and radio stations to tell the government how they make editorial decisions in newsrooms.

"Any suggestion that the FCC intends to regulate the speech of news media or plans to put monitors in America's newsrooms is false," an FCC spokesman told reporters.

But that is not quite true, as The Washington Examiner's Byron York reports today. Mignon Clyburn, an Obama-appointed FCC commissioner (and daughter of Assistant Democratic Leader James Clyburn), has long been a champion of using FCC commissioned studies on media ownership to push for new government regulations that would increase minority ownership. York writes:

From all appearances, Clyburn's goal was more minority ownership — not a new Fairness Doctrine. In her July 2009 confirmation hearing, she said "the Fairness Doctrine should not be reinstated in any form, any way, shape or form." She added that, "The FCC, I believe, is not in the business of censoring speech or content on the basis of political views and opinions." But that did not mean she was not looking to change media content on the basis of her political views and opinions. She just advocated doing it by changing media ownership rather than overt Fairness Doctrine-style regulation.

York is dead right about Clyburn's intent to use the FCC to promoter her own progressive political views and opinions. But Clyburn was not the first to advance such a plan and the power for the FCC to dictate such changes is the exact same source they used to institute the Fairness Doctrine in the first place.

In 2007, the Center for American Progress, then run by now-President Obama advisor John Podesta, produced a 40-page report detailing how the FCC could use existing statutory authority to weaken conservative voices on talk radio in favor of more progressive opinions. The CAP report read:

Ownership diversity is perhaps the single most important variable contributing to the structural imbalance based on the data. Quantitative analysis conducted by Free Press of all 10,506 licensed commercial radio stations reveals that stations owned by women, minorities, or local owners are statistically less likely to air conservative hosts or shows.
...

One of CAP's recommendations for stricter radio licensing is particularly applicable to Clyburn's survey push. CAP recommended the FCC, "Require radio broadcast licensees to regularly show that they are operating on behalf of the public interest and provide public documentation and viewing of how they are meeting these obligations."

Conservatives have every reason to believe Obama is out to silence them. Clyburn and the FCC are just implementing a plan Obama's new advisor Podesta drew up years ago to do just that.