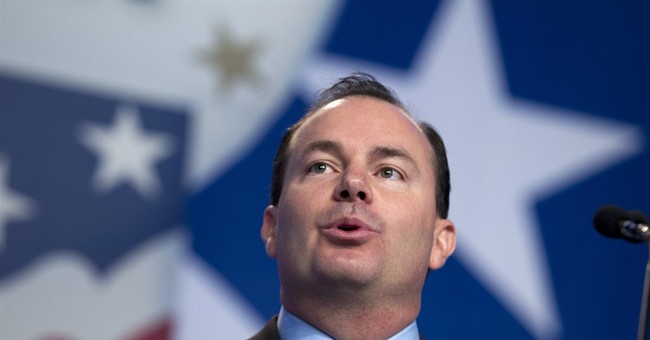 Building on this conservative insight, Sen. Mike Lee (R-UT) will introduce legislation today that will restore the work requirement for food stamps that President Obama first repealed in his economic stimulus legislation in 2009.

Since Obama first repealed that work requirement for able-bodied adults without dependent children, the number of such recipients has more than doubled according to a report by the Congressional Research Service.

Lee's new bill, the Welfare Reform and Upward Mobility Act, will try and move millions of Americans off dependency and into work by restoring work incentives for individuals and families.

Specifically, no able-bodied work-capable adult without dependent children, who is not the full-time caretaker of a disabled adult dependent, will be eligible for food stamps unless they perform a minimum of 36 hours of work related activities a month (which can include job training), and 16 of those hours must be supervised onsite by the state.

The legislation would also phase in a cap on means-tested welfare spending at 2007 levels, adjusted for inflation, and with allowances for anytime unemployment is above 6 percent.

The scope of the welfare state's growth under Obama is truly unprecedented. Under President Reagan, the number of food stamp recipients grew by just over 1 million, from 21.1 million in 1980 to 22.4 million in 1981, during the 1980 recession. They then fell swiftly to a low of 16.6 million in 1988.

But under Obama the food stamp roles have exploded from 26.3 million when the recession began in 2007 to over 47 million today.

"Successful welfare programs are those that poverty more temporary, not tolerable," Lee said today, "and we need to move current policy in that direction. The Welfare Reform and Upward Mobility Act will give all low-income Americans the opportunity to earn a good living and build a good life."