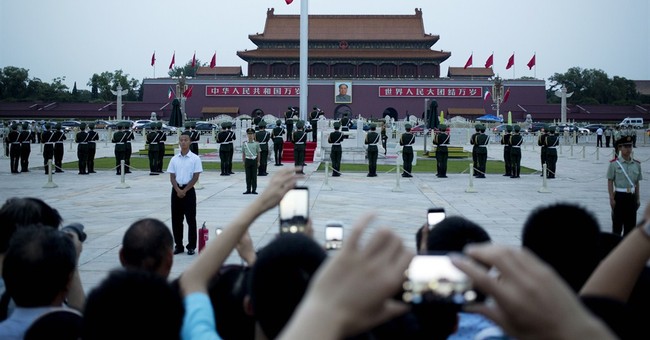 China defended the June 4, 1989 Tiananmen Square massacre on the eve of its 25th anniversary, stating that it chose the right path for its people.

“The Chinese government long ago reached a conclusion about the political turmoil at the end of the 1980s," Foreign Ministry spokesman Hong Lei told a daily news briefing.

In the last three decades and more of reform and opening up, China's enormous achievements in social and economic development have received worldwide attention. The building of democracy and the rule of law have continued to be perfected.

It can be said that the road to socialism with Chinese characteristics which we follow today accords with China's national condition and the basic interests of the vast majority of China's people, which is the aspiration of all China's people.”

The massacre at Tiananmen Square occurred when Chinese soldiers forcibly ended seven weeks of student-led, peaceful protests for government accountability and freedom of the press in the heart of Beijing. China’s listed death toll of the unarmed civilians is 246, though the numbers range from 500 to 2,600, according to Tiananmen Square, 1989: The Declassified History, which was published by George Washington University’s National Security Archive.

Since deeming the crackdown on pro-democracy supporters “counter-revolutionary,” China has forbidden any mention or discussions about the incident.

Mainland China has never publicly recognized the massacre’s anniversary, though Hong Kong holds commemorations every year, along with self-ruled Taiwan.

The lead-up to this year’s anniversary was marked by the Chinese government’s censorship of Google. The main search engine and Gmail are blocked to many Chinese users as a result of the targets.