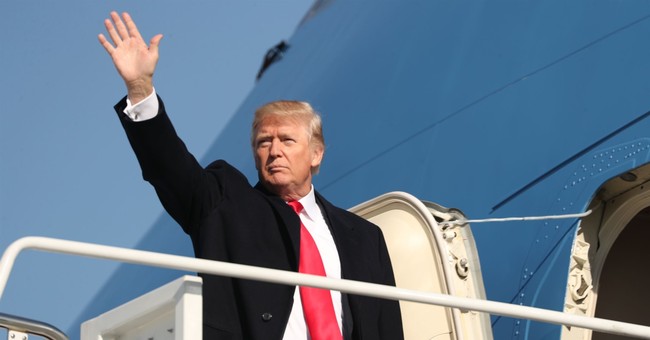 After retweeting several videos posted by the group Britain First, and subsequently drawing the condemnation of several members of the UK Parliament, President Donald Trump has a message for UK Prime Minister Theresa May. Trump says that the United States is doing "just fine," and she should take a look at the "destructive Radical Islamic Terrorism" in her own country.

.@Theresa_May, don’t focus on me, focus on the destructive Radical Islamic Terrorism that is taking place within the United Kingdom. We are doing just fine!

Initially, Trump tweeted at the wrong Theresa May account. That tweet was quickly deleted, but was saved in screenshots.

The United Kingdom recently arrested two suspected terrorists who are accused of preparing attacks throughout the country. Nearly 400 people have been arrested on terrorism charges in the UK during the last 12 months, which is a new record high. In May, 22 people were killed after a suicide bomber detonated an explosive outside of an Ariana Grande concert in Manchester. The next month, eight people were killed and 48 were wounded during an attack at London Bridge and Borough Market.

Despite the comments, Trump is still scheduled to visit the UK as part of an official state visit.