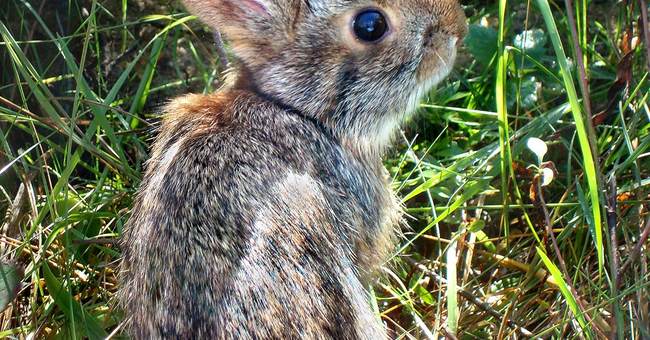 Poland is facing a birth rate crisis, and the government has stepped in with some advice about how to fix the issue: citizens, please begin breeding like rabbits.

Poland's health ministry produced a short video featuring some rabbits having happy lives as a narrator describes that exercise and eating right are the "secret" behind their large families. A (human) couple is shown at the end of the video.

The Health Ministry defended the video as attempting to encourage people to have a healthier lifestyle that would result in better reproductive health. The use of rabbits was an effort to avoid being vulgar.

The YouTube video shows rabbits munching on lettuce and carrots while a rabbit “narrator” reveals the secret of their big families — exercise, a healthy diet and little stress. The brief appearance of a human couple enjoying a romantic picnic hints that a little romance might help, and a wine glass turned upside down suggested an anti-alcohol message.

Viewers are told: “If you ever want to be a parent, follow the example of rabbits.”

The Health Ministry said in a statement to The Associated Press that it was trying to encourage Poles in their reproductive years — between the ages of 18 and 45 — to adopt a healthy lifestyle that would improve their reproductive health.

While the video has nearly 100,000 views on YouTube, it has an overwhelming number of thumbs-down ratings.

Poland has the second-lowest birth rate, 1.32 children per women, in all of the European Union. Only Portugal is lower, but Spain and Greece aren't too far behind.

Europe is going to be facing serious issues if its birth rates don't pick up shortly. The vast majority of European countris are currently reproducing at well below replacement level fertility rates. While this rabbit video is kind of amusing, it's terribly sad that it even has to be made.