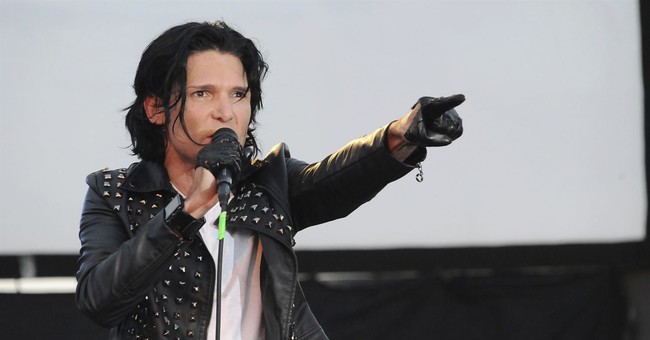 Actor Corey Feldman, who tried for years to sound the alarm about pedophiles in Hollywood, has launched a crowdfunding campaign on the website Indiegogo in an effort to produce and distribute a film about his experiences in the industry.

Feldman alleged in his 2013 memoir, "Coreyography," that he and his best friend, the late actor Corey Haim, were essentially passed around by pedophiles and were sexually abused throughout their early careers in Hollywood.

Now, Feldman is promising to name names, and says there's six specific people he's willing to go on record and say they abused him. Feldman announced his new project on Twitter and in a seven-minute YouTube video. He seeks to break up what he claims is a Hollywood pedophile ring.

Feldman promoted the campaign on his Twitter, noting that "the war has begun." Since the Indiegogo campaign launched on Wednesday, it has raised nearly $100,000.

IN CASE U MISSED IT, THE WAR HAS BEGUN, IF U FOLLOW ME, HELP ME: https://t.co/wU3kV0uddi

In the wake of the allegations against Hollywood producer Harvey Weinstein, Feldman's earlier claims about abuse in the industry have been revived. When Feldman made these claims on an episode of "The View," he was mocked by then-host Barbara Walters and was told that he was "damaging an entire industry."

If this project gets off the ground, it certainly will be interesting to see if there's any repercussions to Feldman's allegations. The last few weeks have shown that Hollywood definitely needs some drastic changes, and this could be the wakeup call people have been waiting for.