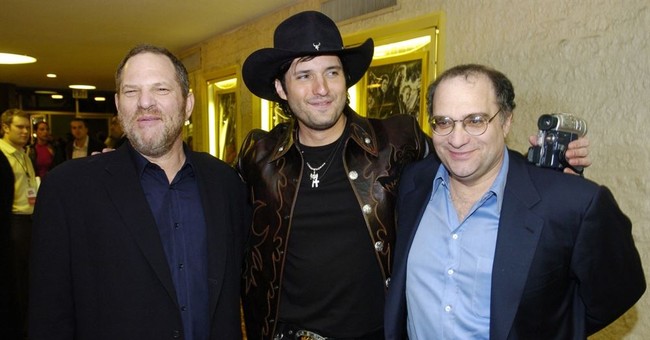 Another member of the Weinstein family is facing sexual harassment allegations after a producer accused him of misconduct occurring over the past year. Harvey Weinstein's younger brother Bob is being accused by Amanda Segel, who was an executive producer on the show "Mist," of making inappropriate "romantic overtures" to her and inviting her to private dinners. Segel said that she repeatedly turned down these offers, yet Weinstein kept insisting.

Amanda Segel, an executive producer of “Mist,” said Weinstein repeatedly made romantic overtures to her and asked her to join him for private dinners. The harassment began in the summer of 2016 and continued on and off for about three months until Segel’s lawyer, David Fox of Myman Greenspan, informed TWC executives — including COO David Glasser — that she would leave the show if Bob Weinstein did not stop contacting her on personal matters.

“ ‘No’ should be enough,” Segel told Variety. “After ‘no,’ anybody who has asked you out should just move on. Bob kept referring to me that he wanted to have a friendship. He didn’t want a friendship. He wanted more than that. My hope is that ‘no’ is enough from now on.”

Among other things, Segel claims that Weinstein asked her at a dinner how old she was, saying that he "did not want to date anyone younger than his daughter." She says that this behavior continued through emails.

Weinstein has denied Segel's allegations and said that nothing inappropriate happened between the two of them.

More than 30 women have come forward to accuse Harvey Weinstein of sexual harassment and sexual assault since the New York Times published an explosive article alleging a pattern of abuse.