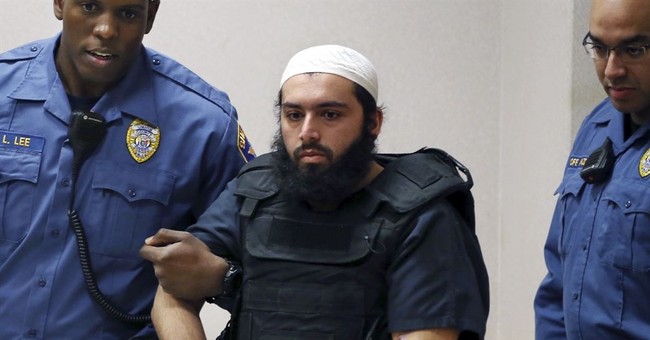 Ahmad Khan Rahimi, the man who placed a series of pressure cooker bombs in the NYC neighborhood of Chelsea last September, has been convicted of all eight counts against him. Rahimi was charged with using a weapon of mass destruction, bombing a public place and interstate transportation of explosives.

These charges carry a mandatory sentence of life in prison.

JUST IN: Ahmad Rahimi convicted on all eight counts stemming from detonation of a bomb in New York's Chelsea neighborhood last year.

Rahimi placed two pressure cooker bombs in Chelsea and detonated one, injuring 30 people. His lawyer said that he made the choice to not ignite the second bomb. An additional bomb Rahimi placed at a road race in New Jersey also detonated, but the race was delayed and there were no injuries.

Rahimi was born in Afghanistan and moved to the United States at the age of 7. He lived in Elizabeth, NJ. He traveled back to Afghanistan in 2014, and it was believed that he was radicalized on this trip. Authorities say that his writings and internet searches showed an intense interest in terrorism and in groups like ISIS, but they do not believe that he had any formal ties to any terrorist group and was a "home-grown" extremist.

Rahimi was captured in Linden, NJ two days after the bombing, following gunfire.