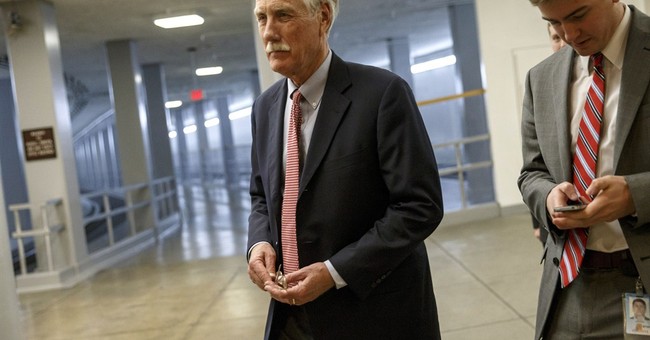 Today, Monday, September 25, is National Lobster Day, which the Senate just created this past August. In celebration of this most important culinary holiday, Sen. Angus King (I-ME) submitted an official request to The Unicode Consortium for the creation of a lobster emoji.

I'm pushing to grow the profile of lobsters, any way I can – including emojis. https://t.co/jafZXFqW2L

OK, the Maine lobster industry is on a roll. It brings over half a billion dollars (that's with a "b") into the state each year, supports families up and down the coast, and is part of what induces millions of visitors to claw their way through southern New England traffic to get up here every summer. So why is there no lobster emoji? This week, I set out to correct this obvious oversight and wrote to the Unicode Consortium (the folks in charge of creating emojis) asking them to get our local crustacean on the menu. (Maybe it would help if I buttered them up). In fact, lobsters are so important to Maine, it makes me downright ??-y that there's #nolobsteremoji. Yet. #lobster #mainelobster #emoji #coastofmaine

In the letter, King wrote that the lobster emoji would "fill a necessary and unique void in the current Emoji List," and would be used by "lobster fans around the world." He also defended the addition of a lobster emoji by pointing out it is a culturally important animal in Maine and has worldwide appeal (especially in parts of Asia), and argued that the existing shrimp and crab emojis are not able to sufficiently represent the lobster.

King also said that people use the hashtags "#Lobster" at a comparable rate to "#crab" on various social media platforms, and pointed out that over 4,000 people have recently signed a petition asking for the creation of a lobster emoji.

Personally, I'd love a lobster emoji. I'm obviously biased as a Mainer, but as far as crustaceans are concerned, the lobster can't be beat. We've already got at least 15 emojis that are some form of train--I think we could use a lobster as well.

And on that note, I'm about to go do my civic duty and celebrate National Lobster Day by downing a lobster roll.