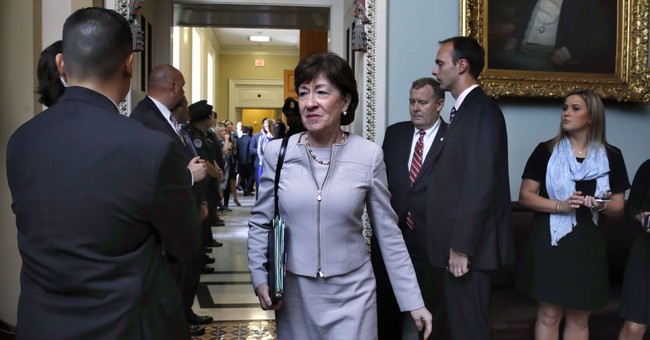 Sen. Susan Collins (R-ME) has said that she's "leaning towards" voting against the Graham-Cassidy healthcare bill, saying that she thinks there are serious problems with the legislation and that it would not be beneficial to Mainers. Collins expressed concerns that premiums would become unaffordable for people with a preexisting condition. She made these comments at an event in Portland, Maine.

“I’m leaning against the bill,” the Maine Republican said after listing a series of serious deficiencies in the Graham-Cassidy repeal bill.

“I’m just trying to do what I believe is the right thing for the people of Maine,” Collins said.

This announcement shouldn't come as too big of a shock, given that Collins also voted against Obamacare repeal this past July.

While she may be unpopular among Republicans in D.C., in her home state Collins enjoys considerable popularity and has one of the highest approval ratings in the Senate. She was reelected to the Senate in 2014 by 37 points, which is impressive for a Republican in a state that's as politically "purple" as Maine.