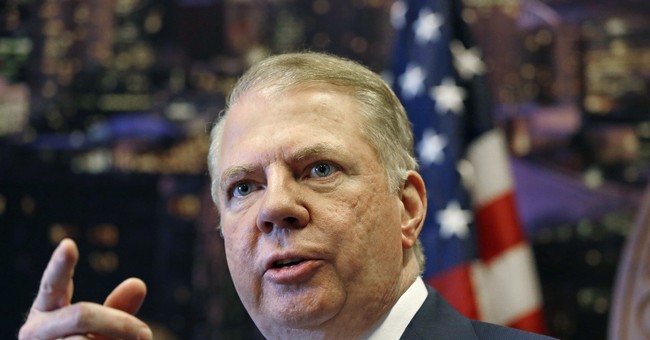 Seattle Mayor Ed Murray (D) will resign effective at 5 p.m. on Wednesday after a fifth person came forward to say that he was molested by the mayor decades ago as a child. The latest accuser, Murray's cousin, said that Murray abused him when he was a teenager during the mid-1970s. Murray has denied all allegations and said that this is part of a plot to bring him down due to his progressive views and stance on gay rights, and the latest allegation is from an estranged member of his family. He was also accused of sexual assault in 1984, but charges were not filed.

Murray is gay and has been married to his partner since 2013.

The newest allegation was reported by the Seattle Times on Tuesday.

The Seattle Times reported Tuesday morning on allegations by Murray’s cousin, Joseph Dyer, 54, who has become the fifth man to publicly accuse Murray of sexual abuse.

Dyer says he was 13 when Murray forced him into sex when the two shared a bedroom at Dyer’s mother’s home in Medford, New York, in the mid-1970s.

Dyer is the fifth man to publicly accuse Murray since April.

Another accuser, Lloyd Anderson, issued a statement Tuesday through his lawyer: “I feel victory, but saddened that it required another victim to come forward for him to resign. I wonder how many other victims are out there.”

Murray, 62, a former Democratic state legislator, has repeatedly denied that he sexually abused anyone, contending the accusations are part of a political takedown targeting him for his progressive politics and record as a gay-rights champion.

Murray, who was first elected in 2013, suspended his re-election campaign in May when the allegations first came to light. While he initially refused to resign, he said that he would step down so that his "personal issues" would not be a distraction.