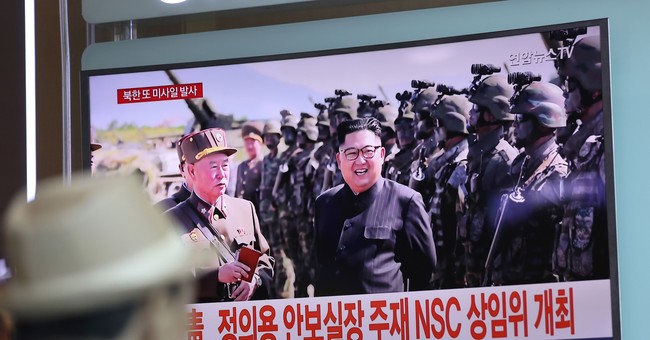 North Korea has fired a missile that crossed over Japan, South Korean officials have confirmed. The missile flew over Hokkaido before eventually landing in the ocean.

Hokkaido is the second-largest island in Japan and is the northernmost part of the country.

After flying over the island, the missile then broke into three pieces and fell into the ocean off of the coast of Hokkaido.

The Japanese government had earlier sent out a notification urging people to evacuate to a "sturdy building or basement" after the missile was fired. It was unknown where, if anywhere, the missile was targeting.

Alarm from JP Gov. "A missile was fired from North Korea. Please evacuate to a sturdy building or basement." #northkorea #Japan pic.twitter.com/38NNCteqY2

This marks the first time North Korea has launched a missile over Japan since the late 1990s.

Recommended
Guys, If Only Someone Made Ma'Khia Byrant a Sandwich, She Might Be Alive Right Now
Matt Vespa

Japan's Chief Cabinet Secretary Yoshihide Suga said this was a "new, serious development" in the conflict with North Korea.

SUGA: MISSILE FLYING OVER JAPAN IS A NEW, SERIOUS DEVELOPMENT