Meanwhile in Statue Removal: Ukraine Has Removed All 1,320 Statues of Lenin 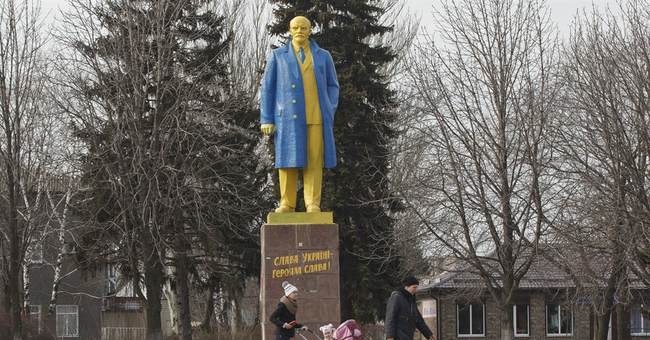 While statues of Confederate figures continued to be removed around the United States to varying degrees of protest, Ukraine has got the U.S. beat: they removed all 1,320 statues of former Soviet leader Vladimir Lenin from the entire country. In addition, streets that used to be named after Soviet figures have since been renamed to honor Ukrainians.

A 2015 law mandated the removal of Soviet statues and monuments, as well as street names.

Ukraine has removed all 1,320 statues of the communist revolutionary Lenin following a government drive to rid the country of Soviet-era symbols.

Monuments to the Bolshevik leader have been dismantled in every town, village and city controlled by the Kiev-based government that brought down pro-Russian president Viktor Yanukovych three years ago, according to officials.

The anti-Soviet initiative, which also orders the renaming of streets and cities, was made law by President Petro Poroshenko in May 2015, according to The Times.

Additionally, more than 1,000 other statues of communist figures have been taken down, according to the Ukrainian government. However, some Soviet statues and monuments are still standing in the part of Ukraine that is now controlled by Russia.

One street that was formerly named "Lenin Street" was renamed to "Lennon Street," and now honors musician John Lennon instead of the former dictator.

Ukraine has had an incredibly rough history, and one can imagine that they're probably more than ready to rid themselves of symbols from the Soviet era. This is an impressively fast way of turning over a new era in a very visible sense.