Someone Edited Wikipedia To List Trump as President of the Confederacy 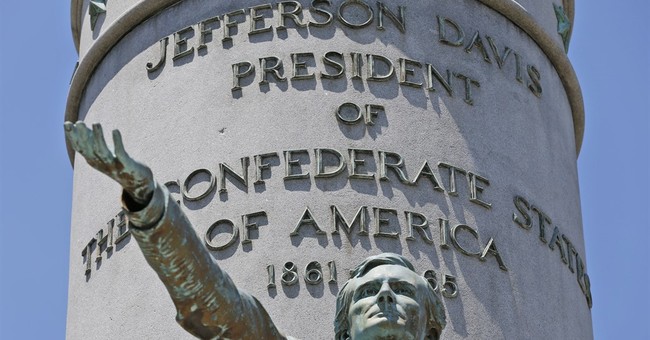 In the latest act of Wikipedia vandalism, someone edited the page listing the Presidents of the Confederate States of America to include an entry for President Donald Trump. The edit was noticed by writer Ira Madison and tweeted on Tuesday night. Presumably, the edit came after Trump's press conference, where he blamed "both sides" for the violence that occurred in Charlottesville over the weekend.

Someone altered the Presidents of the Confederate States of America Wikipedia page:https://t.co/VBFmAs0Yud pic.twitter.com/iLkMJkIOA7

The Confederate States of America was the short-lived secessionist state consisting of 11 former states of the United States of America. It existed from 1861 until the conclusion of the Civil War in 1865.

Of course, the Confederate States of America only had one president, Jefferson Davis, not Donald Trump.

The Wikipedia page was eventually restored to eliminate any reference to Trump's "presidency," and the page has been locked from any further edits due to vandalism.

Vandalizing Wikipedia pages during current events is not a new technique. In 2014, U.S. Goalkeeper Tim Howard was briefly listed on the website as being the new Secretary of Defense following a World Cup soccer match, and in 2016, someone replaced then-presidential candidate Hillary Clinton's Wikipedia page with pornography.

Both pages were eventually restored to their unedited versions.

Wikipedia's founder has repeatedly spoken out against people vandalizing pages on the site for comedic purposes.