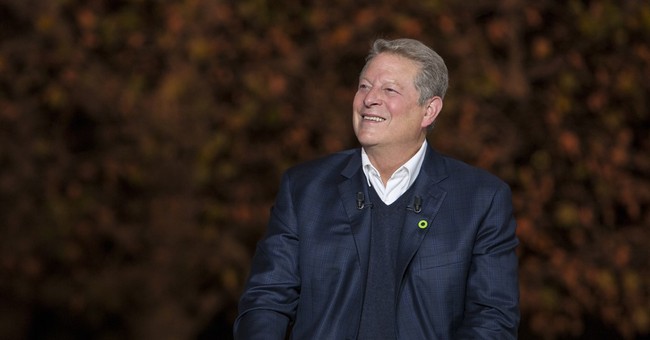 A new, more-than-slightly amusing report from The Daily Caller alleges that the former vice president just might not be practicing what he preaches when it comes to the environment. Namely: his house in Nashvile uses 34 times as much electricity than an average house. According to the Daily Caller, the amount of electricty that Gore uses to heat his swimming pool over the course of a year could power six average households.

In just this past year, Gore burned through enough energy to power the typical American household for more than 21 years, according to a new report by the National Center for Public Policy Research. The former vice president consumed 230,889 kilowatt hours (kWh) at his Nashville residence, which includes his home, pool and driveway entry gate electricity meters. A typical family uses an average of 10,812 kWh of electricity per year, according to the U.S. Energy Information Administration.

Of course, Gore has argued in the past that this is okay, because he pays for solar panels and contributes to a green energy fund, but his house still receives the same non-renewable energy as his neighbors. Plus, Gore owns two other properties that presumably also use electricity.

Since leaving office, Gore has spent a considerable amount of time and has received dozens of awards for his work on protecting the environment. This is certainly a laudable goal, but it'd seem less shallow if he actually practiced what he preached.