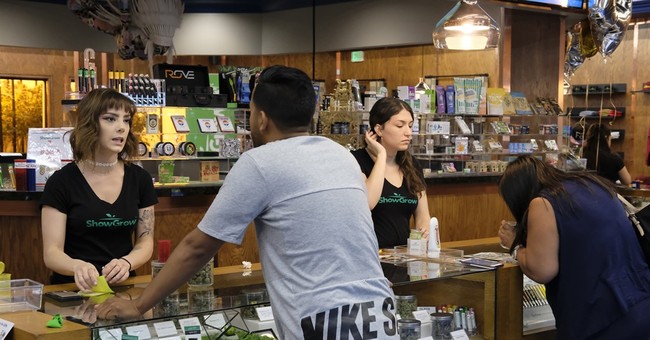 Several people, including a retired NFL player, a young girl with severe epilepsy, and a disabled veteran, have filed suit against Attorney General Jeff Sessions, the Drug Enforcement Agency, and the Department of Justice alleging that the Controlled Substances Act is unconstitutional. The plaintiffs say that listing marijuana as a "Schedule I" drug--meaning that it has no accepted medicinal use and a high potential for abuse--is "irrational" and the federal government is aware that the system is flawed. A majority of U.S. states have legalized some form of marijuana to treat a variety of illnesses.

For comparison's sake, marijuana is classified on the same level as heroin and LSD and on a higher level than cocaine and meth. Cocaine and meth are classified as "Schedule II" drugs, meaning that the government thinks that marijuana is more dangerous than drugs that killed over 9,000 people in 2016.

“Classifying cannabis as a ‘Schedule I drug’ is so irrational that it violates the U.S. Constitution,” the suit says. Meth and cocaine are schedule II drugs and thus considered more benign than marijuana under the law.

“The record makes clear that the CSA doesn’t make any rational sense and the federal government knows it,” said attorney Michael Hiller, who represents Washington and the other plaintiffs, including 11-year-old Alexis Bortell, who needs medical marijuana treatment for epilepsy, and disabled military veteran Jose Belen, who uses the drug to control his post-traumatic stress disorder.

One of the plaintiffs, retired NFL player Marvin Washington, seeks to set up a medical marijuana treatment program for his fellow NFL players. Washington says that he's seen his fellow players get pumped full of opiates throughout the season, and he believes that there should be an alternative form of pain medicine available that's less harmful than opioid drugs.

Sessions has been a staunch opponent of any sort of marijuana legalization, and said that he believes that the drug is only "slightly less awful" than heroin. He also seeks to bring back the D.A.R.E. anti-drug program, which has been shown by numerous studies to be little more than hyperbolic fearmongering, and may actually increase drug use in children.